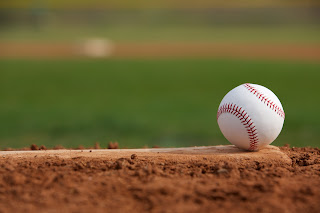 Robert, a right-handed pitcher, made his major league debut with the Cleveland Indians on July 9th, 1948. That evening the Indians were in St. Louis playing the Browns (which would, in 1953, become the Baltimore Orioles). Robert came on in relief of Bob Lemon in the bottom of the fourth, and pitched a pair of scoreless innings. He made seven more relief appearances that year, compiling a stellar 2.00 ERA. On August 3rd, he got his first start, against the Washington Senators, where he went seven innings, struck out six, and got the win.
Robert appeared in a total of 21 games in 1948, starting seven of them. He ended the year with a 6-1 record (with three complete games) and a 2.48 ERA. He even appeared in the World Series that year, helping the Indians win the championship, which to this day remains their last.
1948 was quite a promising rookie year for Robert.
But Robert's first year in the major leagues didn't engender excitement about his future. Instead, it gave rise to bittersweet thoughts of what might have been.
You see, when Robert walked onto the mound that first time in St. Louis, he was 42 years old, making him the oldest rookie in the history of Major League Baseball.  Because during the first 18 years of Robert's career, he wasn't allowed to play in the major leagues.
Robert's full name was Leroy Robert Paige, but he was known as "Satchel." And he was black. So he was relegated to playing in the detestably named Negro Leagues, where he compiled a career 146-64 record and a 3.10 ERA*. Paige was only able to join the major leagues after Brooklyn Dodger President and GM Branch Rickey signed Jackie Robinson in 1947, breaking the sport's color barrier.
Despite Paige's advanced age, he went on to pitch for the Indians again in 1949, and then for the Browns from 1951 to 1953, where he was twice an All-Star.
Regrettably, we'll never know what Satchel Paige's career would have looked like had he played in the major leagues during his prime, and that goes, of course, for all of his fellow Negro League players. I'll leave you with this from Mark Hauser, writing for Bleacher Report:
"Joe DiMaggio called Paige the best pitcher he ever faced (you would think he would know). Was Satchel the best pitcher ever? Was Josh Gibson the best home run hitter ever? Was James "Cool Papa" Bell (great nickname) the fastest player and the best base stealer to ever play baseball? How great an all-around hitter was Buck Leonard?
I do not have a definitive answer to any of these questions, and, sadly, neither does anyone else."

*The 3.10 figure was actually RA9, or run average per nine innings; basically ERA without the E, since that is what was customarily recorded in the Negro Leagues. Obviously, his proper NLB ERA, while unknown, was necessarily lower.


Attribution Note: Background material for this essay was gathered from this Society for American Baseball Research article, this Wikipedia page, this Baseball Reference page, and this Bleacher Report article.