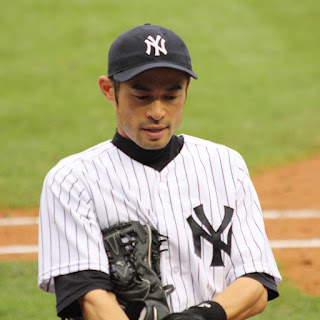 During last Wednesday’s game against the San Diego Padres, Miami Marlins outfielder Ichiro Suzuki had two hits, a dribbler of an infield single in the first inning and a searing line drive double in the ninth.  Taking into account the 1,278 hits Ichiro collected in his nine years playing for the Orix Blue Wave of the Japan Pacific League (JPL) before coming to the United States, his single in the first tied Pete Rose’s record for most hits in a career (4,256), and his double in the ninth passed Rose.  Furthermore, Ichiro now stands 21 hits away from 3,000 in his U.S. major league career, an accomplishment only 29 other players can boast.

Obviously, Major League Baseball (MLB) does not consider statistics from other leagues, so Ichiro’s record is not official, nor should it be.  Rose stands as MLB’s career hits leader, as he should.  But that does not take away from Ichiro’s stunning accomplishment.   In fact, it could be argued that Ichiro’s career hit total is even more impressive than Rose’s, since the JPL’s season is shorter than MLB’s, and Ichiro averaged about 30 less games per year during his nine years in Japan than he has in the Major Leagues.  The counter-argument, is, of course, that JPL is not on MLB’s level, an arguable point bolstered by Ichiro’s higher batting average while in Japan (.353) than in MLB (.314).

Whether or not NPB [Japanese] ball is as difficult as MLB, Ichiro needed about 1,500 fewer plate appearances than Rose to equal his record, so you could adjust Ichiro’s NPB numbers for inflation and still determine that the hit record is Ichiro’s.

There are plenty of quantitative arguments that support Ichiro as the greatest hitter of all time; he had 262 hits in 2004, the most ever; he had ten straight 200-hit seasons, and Rose had ten across his entire career; he grounded into exactly one double play in the 2009 season. Ichiro doesn’t have as many MLB hits as Pete Rose, but he is the best hitter of all time.

Arguing about the relative merits of Ichiro’s accomplishments versus Rose’s is fun, yet ultimately inconclusive.  And, as stated, there is no doubt that Rose is, and should be, MLB’s all-time hits leader.  The thing is, sometimes we can choose our heroes:

It has been reported that [Neil] Armstrong’s serene personality and low profile demeanor were among the reasons NASA selected him over his crewmate Edwin "Buzz" Aldrin to be the first man to step off the Lunar Module on that fateful July 20th.  If this was indeed the case, history bears NASA's decision out as amazingly prescient, for Armstrong, who thus became the public face of the most important feat ever performed by human beings, handled his post-mission role with elegance, aplomb and self-deprecation.

Sometimes we can’t.
Pete Rose’s handling of his “post-mission” role has been catastrophic, and an unmitigated embarrassment to the sport.

Pete bet on baseball games when he knew how wrong that was. Pete lied. Pete didn't pay his taxes. Pete went to prison. Pete hung around with some really creepy people. Pete became a brazen huckster and all but a Main Street barker in Cooperstown every July.

The nature of Ichiro’s personality, on the other hand, is evident in his actions when he broke George Sisler’s MLB record for hits in a season in 2004.  From Brad Lifton’s Seattle Times piece about a 2011 Japanese TV program in which Ichiro was interviewed (Pete Drochleman is George Sisler’s grandson):

In a recorded segment from his home in St. Louis, Drochleman acknowledged how the original misgivings he had that summer about Ichiro’s pursuit of Sisler’s 84-year-old record slowly turned to acceptance. By the time he arrived at Safeco Field, he had discovered Ichiro’s dedication and humility, qualities he felt his grandfather would have appreciated.

Once fearful his grandfather would be forgotten in the aftermath of Ichiro’s record, Drochleman now appreciates Ichiro for keeping his memory kindled. He knew that Ichiro took time to visit Sisler’s gravesite during the 2009 All-Star Game in St. Louis, but for the first time he was shown a photo of the moment. He got choked up seeing Ichiro in a posture very different than he had imagined.

“The fact that he’s kneeling down, saying a prayer maybe, that’s moving,” Drochleman said, fighting back tears. “Anytime my grandfather is remembered in any way, I’m overjoyed, and the fact that Ichiro would remember my grandfather says a lot for Ichiro.”

We can fruitlessly argue all night about who deserves the crown as baseball’s best hitter.  But there’s no question about whose head it would better fit.

Photo by kowarski [CC BY 2.0 (http://creativecommons.org/licenses/by/2.0)], via Wikimedia Commons 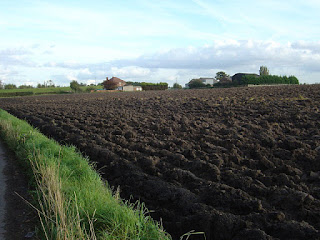 Most people would agree that Jimmy Carter would not have been elected President in 1976 had the Watergate Scandal not preceded the election.  Those were pretty bad times:

The scandal led to the discovery of multiple abuses of power by the Nixon administration, articles of impeachment, and the resignation of Nixon as President of the United States on August 9, 1974. The scandal also resulted in the indictment of 69 people, with trials or pleas resulting in 25 being found guilty and incarcerated, many of whom were Nixon's top administration officials.

Enough with the thugs and crooks, America said.  Straight from Central Casting came Mr. Carter, the little-known, unassuming former peanut farmer and Governor of Georgia.  Despite his Southern upbringing, which many considered made him too conservative to be desirable among Democrats, and his skimpy resume, his status as a relative outsider vaulted him to a surprise Democratic nomination:

Jimmy Carter ran as a reformer who was "untainted" by Washington political scandals,  which many voters found attractive in the wake of the Watergate scandal, which had led to President Richard Nixon's resignation.

Mr. Carter then managed to eke out a narrow general election win over incumbent Gerald Ford.  (Nixon had appointed Ford to replace Spiro Agnew as Vice President after Agnew’s resignation in disgrace in 1973, and Ford became President upon Nixon’s resignation in 1974.  Incidentally, Ford continues to be the only person to have served as both Vice President and President without being elected to either office.)

And so it came to be that, in 1976, we elected ourselves a thoroughly decent man, but, according to most historians, a below-average president.

The depths of Watergate constituted, at the time, the lowest point in the nation’s history with regard to trust in government.  Within a span of two years, both the President and Vice President had resigned in disgrace (based on unrelated scandals, no less) and dozens of government officials had been indicted.  Not surprisingly, the percentage of Americans who said they  trust the government always or most of the time, which stood at 77% one year into Lyndon Johnson’s administration in October of 1964, plummeted to 36% around the time Mr. Carter was elected to office.  And rather than stem the tide, the Carter administration exacerbated the problem, with the trust number hitting an all-time low of 27% in 1980, around the time President Carter gave his infamous “malaise speech,” in which he awkwardly blamed the nation’s economic woes on a “crisis of confidence.”

The trust-in-government number has gone up and down since then, but as of October of 2015, the percentage of Americans who trust their government was sitting at its all-time low, 19%.  Less than one in five of us trust our government.  And once again, our nation has been captivated by an outsider.  Except this time it’s not Jimmy Carter, a decent man lacking the qualifications and wherewithal to be an effective president.  This time, of course, it’s Donald Trump, a xenophobic, narcissistic, bigoted demagogue; a thin-skinned racist with the temperament of a 3-year-old.

I voted for President Obama twice, yet am disappointed in his administration.  The bulk of my disappointment doesn’t stem from specific actions or policies.  I can see both sides of the arguments around Obamacare, and the nuclear deal with Iran.  I am certainly unhappy that Mr. Obama presided over the dramatic expansion of the illegal surveillance of Americans that began under George W. Bush in the wake of 9/11, and was largely exposed by American hero Edward Snowden.  But my biggest disappointment is that my optimism about the Obama administration being a unifying force has been dashed.

In March of 2008, as then-Congressman Obama was neck and neck with Hillary Clinton for the Democratic nomination, I wrote:

President Barack Obama. The possibility titillates. As our nation, indeed the world, desperately yearns for leadership, here comes a US President with a richly diverse background, endowed with a keen intellect, superb oratorical skills and exquisite charisma. Obama's election could easily inspire uplifting change, and result in dramatic disruption of tired paradigms. An intelligent, articulate leader with the rare ability to actually bring people together presents a formidable foe for all that ails us, as well as a catalyst for the kind of grass­roots activism not seen in this country for forty years. True leadership brings with it a can­-do attitude, which has been missing in action in this country for far too long.

I continue to think President Obama has a keen intellect, superb oratorical skills and exquisite charisma.  Yet somehow we find ourselves more divided than ever, over politics, race, ethnicity, and economics.  Race relations have deteriorated to the point that there are powder kegs ready to explode everywhere.  Our political parties are so divided that we have what can truthfully be called a non-functioning government.  The man I thought would bring us together has presided over us being torn apart.  And we trust our government less than we ever have.

Whether President Obama is to blame, or the Republicans in Congress, or, most likely, a combination of both, somehow our nation became fertile soil for a candidate who appeals to the worst in all of us.  A buffoon who would never have transcended the reality television world where he belongs had we not been so divided, and so unhappy with our government.

Watergate begat Carter.  And that was bad, but not catastrophic.  Eight years of ineffective government under President Obama and the intransigent Republicans begat the Trump candidacy.

I hope the last word in the previous paragraph never becomes obsolete.

Photo by Alan Murray-Rust [CC BY 2.0 (http://creativecommons.org/licenses/by/2.0)], via Wikimedia Commons