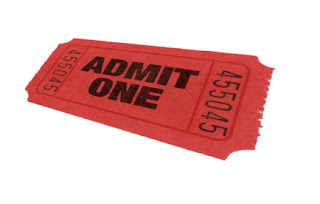 I like giving movies a totally clean slate.  I don’t like to hear people’s opinions before I see them.  I don’t read any reviews until I’ve gathered my own untainted thoughts about them. So that's how I saw Cuarón’s Roma.  Clean slate.  Untainted.

Shot in magnificent black and white, Roma is perhaps the most beautiful motion picture I have ever seen.  The detail in every scene is exquisite. The distinct camera tracking style seems simply magical to the eye, but is the result of impeccable timing, tight coordination and artistic genius.  In Roma, there are intimate scenes, and there are, surprisingly, huge, epic scenes, and they are all handled flawlessly.  But the scenes that this cinematographic masterpiece captures are frequently disturbing, often bleak, and, in many cases, profoundly sad.

Roma chronicles the life of a financially comfortable family in early 1970s Mexico City.  There’s Sr. Antonio, the aloof, seemingly unfeeling, and mostly absent father, Sra. Sofía, the mother who at times appears fragile but turns out to be formidable and resilient, four spoiled yet endearingly tender children of varying ages, and Adela and Cleo, two indigenous women who work and live in the household, and speak between themselves in a combination of Spanish and Mixtec, their native tongue.  Adela mostly cooks, but Cleo, the movie’s protagonist, is the true center of the family.  It is Cleo who sweetly puts the children to bed at night, and patiently wakes them up in the morning.  It is Cleo who does the laundry, picks up around the house, and cleans the ever present feces of Borras, the family dog that never leaves the property and has no choice but to use the house’s semi-covered driveway as his restroom.

Once the daily household routine is established, the disasters begin.  The father goes on what begins as a business trip and ends up being something altogether different.  There’s an earthquake, an unwanted pregnancy, bloody, violent riots, and death. But not just death; there’s a  gut-wrenching hospital scene that is so well done it’s almost unbearable.

Cuarón uses incessant noise, lingering cameras, extended scenes and that slow, panning camera to pull you into the events as if demanding that the audience suffer along with the characters.  And it works. Despite the beauty of its cinematography, Roma is not pleasant to watch.  And, knowing nothing about the movie, my initial impression was that it comprised a beautifully shot series of mostly disturbing, but apparently disjointed events with no overarching theme or message.  What does this all mean? Having grown up in Latin America in the early ‘70s, I identified with a lot of what I saw, but I didn’t understand exactly what I was seeing. Each scene made sense, but I could not make sense of the whole.

Then I read about Roma.

The movie is autobiographical.  The house, in Mexico City’s Roma neighborhood (hence the movie’s name), is a recreation of the house Cuarón grew up in, and the family is a recreation of Cuarón’s, although it is apparently not well known which of the male children represented him.  At the end of Roma, the text “For Libo” appears; the film is dedicated to Liboria Rodriguez, basically Cuarón’s Cleo.

So Roma is a love letter from Alfonso Cuarón to the woman who raised him.

Knowing that makes all the difference.  Roma is not a collection of random disturbing things that happen to a family.  It is a collection of memories from Cuadrón’s childhood, which center around the person who gave him the most love during that time.  The beauty of the cinematography is now matched with the beauty of Cuarón’s loving tribute.

Would it have killed you, Alfonso, to give us a few hints about this in your movie?

In my fantasy edit of Roma, I make two changes.  First, I find a way to subtly include the name of the neighborhood in the movie, so that audience members who are not familiar with Mexico City’s neighborhoods can appreciate the title. Second, I move “For Libo” from the end of the film to the beginning. And I change it to