More than 100 members of the original Macintosh team were on hand last Saturday night, January 25th, to celebrate the 30th anniversary of the computer’s launch in 1984.  The event, consisting of various fascinating panel discussions featuring Macintosh team members and others instrumental in the conception, birth and coming of age of the Mac, took place at De Anza College’s Flint Center in Cupertino, the same venue where Steve Jobs introduced the Mac to Apple’s shareholders on January 24th, 1984.

It was a magical evening.  Those of us in the audience who were not part of the Macintosh team felt honored just to be in the same building with those amazingly talented individuals, and vastly fortunate to be able to listen, in person, to their anecdotes and insights.

During the event I couldn’t help but think of two people who should have been there, but were not.

One of them, of course, is Steve Jobs, although I have a tough time imagining the event as presented with him involved.  Would he have been content to simply take part in one of the panel discussions?  Would he have emceed the event (instead of Bill Fernandez)?  Would he have kicked off the evening with introductory remarks?  I can’t see him in any of those roles.  My thought is that, had Jobs still been with us last week, the event would have been totally different.  Or maybe he would not have have participated.  Or maybe the event would not have taken place at all.   Who knows.  The point is, Steve Jobs should have been around on the Mac’s 30th anniversary, just as he should be celebrating his 59th birthday next month.

Perhaps even sadder than Steve Jobs’ absence was Burrell Smith’s.

In his Steve Jobs biography, Walter Isaacson called Burrell Smith the “star of the [Macintosh] team”.  Initially hired as an Apple II repair technician, Smith wound up designing the Mac’s logic board, among many other critical contributions.  "I would say that Burrell Smith's logic board was the seed crystal of brilliance that drew everyone else to the project," said Andy Hertzfeld, another key member of the Macintosh team.  Daniel Kottke, who built and tested the logic boards designed by Smith, had this to say: "Burrell was a brilliant engineer and just all around brilliant.  He was temperamental, funny and playful…”

The consensus is that Burrell Smith was to the original Macintosh what Steve Wozniak was to the Apple II: the wizard that was somehow able to make less hardware do more.  Not only was Smith a technical genius, his playful personality and distinctive style of expression helped ease the tension faced by the team as they struggled to comply with Jobs’ often unreasonable project demands.

Smith clearly should have been at the Flint center last Saturday night.  He was not.  I’ll leave it to Walter Isaacson to explain why in the following passage from “Steve Jobs”:

After leaving Apple, Smith descended into schizophrenia. He lived in a house down the street from Hertzfeld, and as his disorder progressed he began wandering the streets naked, at other times smashing the windows of cars and churches. He was put on strong medication, but it proved difficult to calibrate. At one point when his demons returned, he began going over to the Jobs house in the evenings, throwing rocks through the windows, leaving rambling letters, and once tossing a firecracker into the house. He was arrested, but the case was dropped when he went for more treatment. “Burrell was so funny and naïve, and then one April day he suddenly snapped,” Jobs recalled. “It was the weirdest, saddest thing.”

Is it tragic that Jobs and Smith weren’t able to celebrate the 30th anniversary of their world-changing creation?  Or is it incredibly fortunate that they were healthy enough at the time to make it happen in the first place?

Save the Last Dance For Me

Jerome Felder was at once elated, and terrified.


His dream had finally come true.  Willi, the amazing, gorgeous Willi, the dancer with the impossibly shapely legs, had married him.  Short, fat, crippled him.  The ceremony had ended just a few minutes ago.  Jerome and Willi were man and wife.  Forever.  Jerome was elated.


He sat at a table, watching Willi dance.   Like an angel.  He could, of course, only watch.  Even during the traditional first dance, when a couple takes to the dance floor as man and wife for the first time, he could only watch as his wife danced with another man.  For Jerome had had polio as a boy, and used crutches (and sometimes a wheelchair) to get around.  Dancing was out of the question.  The always thoughtful Willi had graciously offered to eschew the dance floor and sit with him.  She didn’t need to dance, she had said, she’d rather sit with her husband and watch the others.  Don’t be silly, Jerome had responded, you dance, have fun, I’ll watch.  Now, as he watched her grace the dance floor with man after man, he wondered if he had made a huge mistake.  Jerome was terrified.


One of the wedding invitations was on the table, right in front of Jerome.  He picked it up, turned it over, took out his pen and started writing.  A plea.


But don't forget who's taking you home
And in whose arms you're gonna be
So darlin'
Save the last dance for me, mmm


Yes, thought Jerome.  Please Willi, always save the last dance for me.  Please.  He kept writing:


But don't forget who's taking you home
And in whose arms you're gonna be
So darlin'
Save the last dance for me, mmm


I wish I could be everything to you Willi.  It hurts not to be.  Will you always love me anyway?  I’ll make it up to you in every way I can, but please, always, save the last dance for me.  The words continued to flow:


Baby don't you know I love you so?
Can't you feel it when we touch?
I will never, never let you go
I love you oh so much


'Cause don't forget who's taking you home
And in whose arms you're gonna be
So darlin'
Save the last dance for me, mmm


Teardrops fell on the invitation and smeared some of the words.   Jerome put the invitation in his pocket and dried his tears.  Willi shouldn’t see him like this.


Jerome pretended to enjoy watching his wife dance with other men.


And pretended not to be terrified.


Three years later, The Drifters released “Save the Last Dance For Me”.

NOTE:  The story above describes what might have been going through Jerome Felder’s mind when he wrote “Save the Last Dance For Me”.   There is some controversy regarding exactly when Felder (better known by his stage name, Doc Pomus) wrote those lyrics.  The song’s Wikipedia article states:


During an interview on Elvis Costello's show Spectacle, Lou Reed, who worked with Pomus, said the song was written on the day of Pomus' wedding while the wheelchair-bound groom watched his bride dancing with their guests.


Other sources (this one and this one) indicate that the song was indeed about Pomus’ wedding day experience, but written years later.


On March 12, 1991, at age 65, Doc Pomus, died of lung cancer.  Pomus’ life story is fascinating, and much has been written about it.  Jerry Wexler, one of the most important music producers of all time (and who coined the term “rhythm and blues”) said of Pomus, “if the music industry had a heart, it would be Doc Pomus”.

The Mind of the Beholder 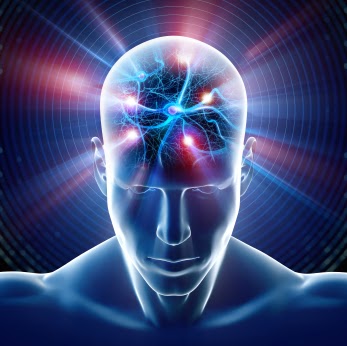 From Adaptation, screenplay by Charlie Kaufman and (the fictitious) Donald Kaufman:


Charlie: There was this time in high school. I was watching you out the library window. You were talking to Sarah Marsh.


Charlie: I know. And you were flirting with her. And she was being really sweet to you.


Donald: I remember that.


Charlie: Then, when you walked away, she started making fun of you with Kim Canetti. [...] You didn't know at all. You seemed so happy.


Donald: I knew. I heard them.


Charlie: How come you looked so happy?


Donald: I loved Sarah, Charles. It was mine, that love. I owned it. Even Sarah didn't have the right to take it away. I can love whoever I want.


Charlie: But she thought you were pathetic.


Donald: That was her business, not mine. You are what you love, not what loves you. That's what I decided a long time ago.


Fascinating, particularly in light of this, from Oscar Levant:


And, of course, this entire song, by the Atlanta Rhythm Section.


From entirely different angles, Kaufman, Levant and the ARS arrive at the same conclusion: true happiness is a construction of the mind.  You can love whoever you want, real or imaginary.  You can love her despite her unawareness of your feelings, her indifference to them, or her rejection of them.  You can conjure up all sorts of magical experiences, to then fondly cherish and happily remember.  Like City Slickers’ Curly, you would enjoy a perfect relationship.


Or, you can opt for reality.  And end up here.