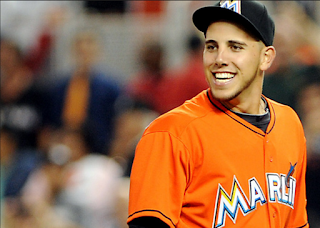 José Fernández, right handed starting pitcher for the Miami Marlins, already a star and considered to have one of the most promising futures in all of major league baseball, was killed, along with two of his friends, in a boating accident off Miami Beach early Sunday morning.   He was 24 years old.


José was the living definition of joie de vivre.  His exuberance was uncontainable; his love for his family, teammates, and for the game of baseball were in constant evidence.  His life story is the pure embodiment of the American Dream.


Every single Marlins player, along with Manager Don Mattingly, President David Samson and President of Baseball Operations Mike Hill, crowded into the room where they held the heart wrenching press conference just a few hours after the the overturned boat, along with the three bodies, was discovered at 3:30am Sunday.


After the press conference was over, the entire team piled into buses (one of them graciously provided by the Atlanta Braves, who were still in town for the last game of their series with the Marlins, which was to be played on Sunday, but was, of course, cancelled) and spent the entire afternoon at the home of José’s mother, comforting her, José’s grandmother, and his pregnant girlfriend.


Once it was time to play baseball again, on Monday night against the New York Mets, every single Marlins player, coach and manager wept openly, before, during and after the game, unashamedly displaying their love for their fallen brother.


Every Marlins player, coach and manager wore the Marlins’ normal black jersey, except all of them had José’s number (16) and last name on their back.  I don’t know of this ever taking place before, except for the annual Jackie Robinson celebration, where everyone in Major League Baseball wears Robinson’s number 42.


Prior to the game, after the moment of silence to honor José’s memory during which the Marlins players circled the mound, the Mets players came out of their dugout and tearfully embraced the Marlins players, something that had not happened since these same Mets were similarly consoled by the Atlanta Braves on the first game played in New York after 9/11.


Dee Gordon, the Marlins’ left handed leadoff hitter, took the first pitch of the game from the right side of the plate, imitating José’s immediately recognizable batting stance.  He then switched to his natural left side.  Two pitches later, he hit his first home run of the season, tearfully circled the bases and broke down in the dugout.


The Mets taped a Mets jersey with number 16 and the name Fernández on the back, on their dugout wall.  It said, you are one of us.  You are our brother, as well.


At the end of the game (the Marlins won, 7-3), the Marlins players again circled the mound, and, in another impromptu tribute, left their hats on the mound in honor of José. 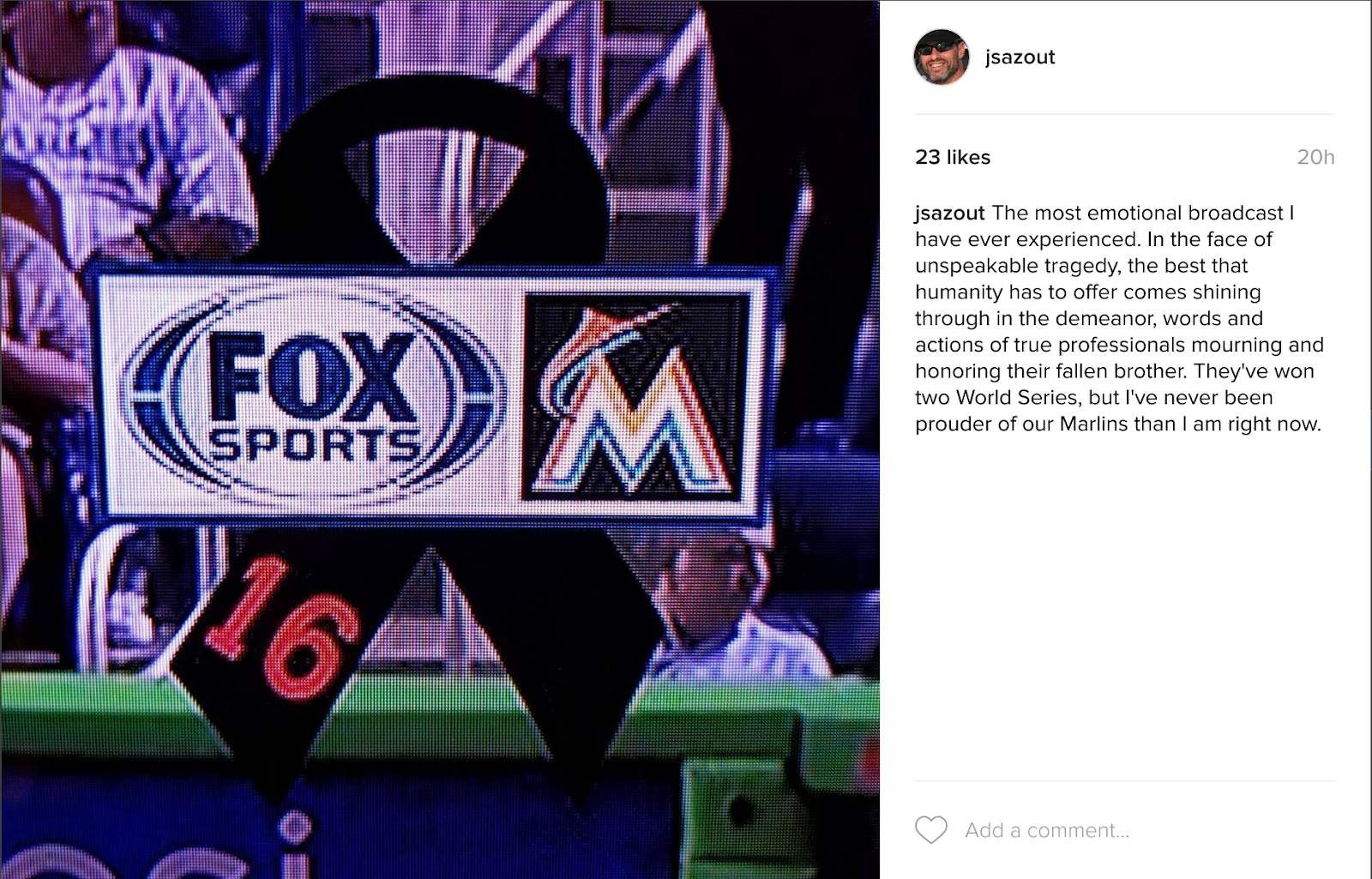 My son posted this: 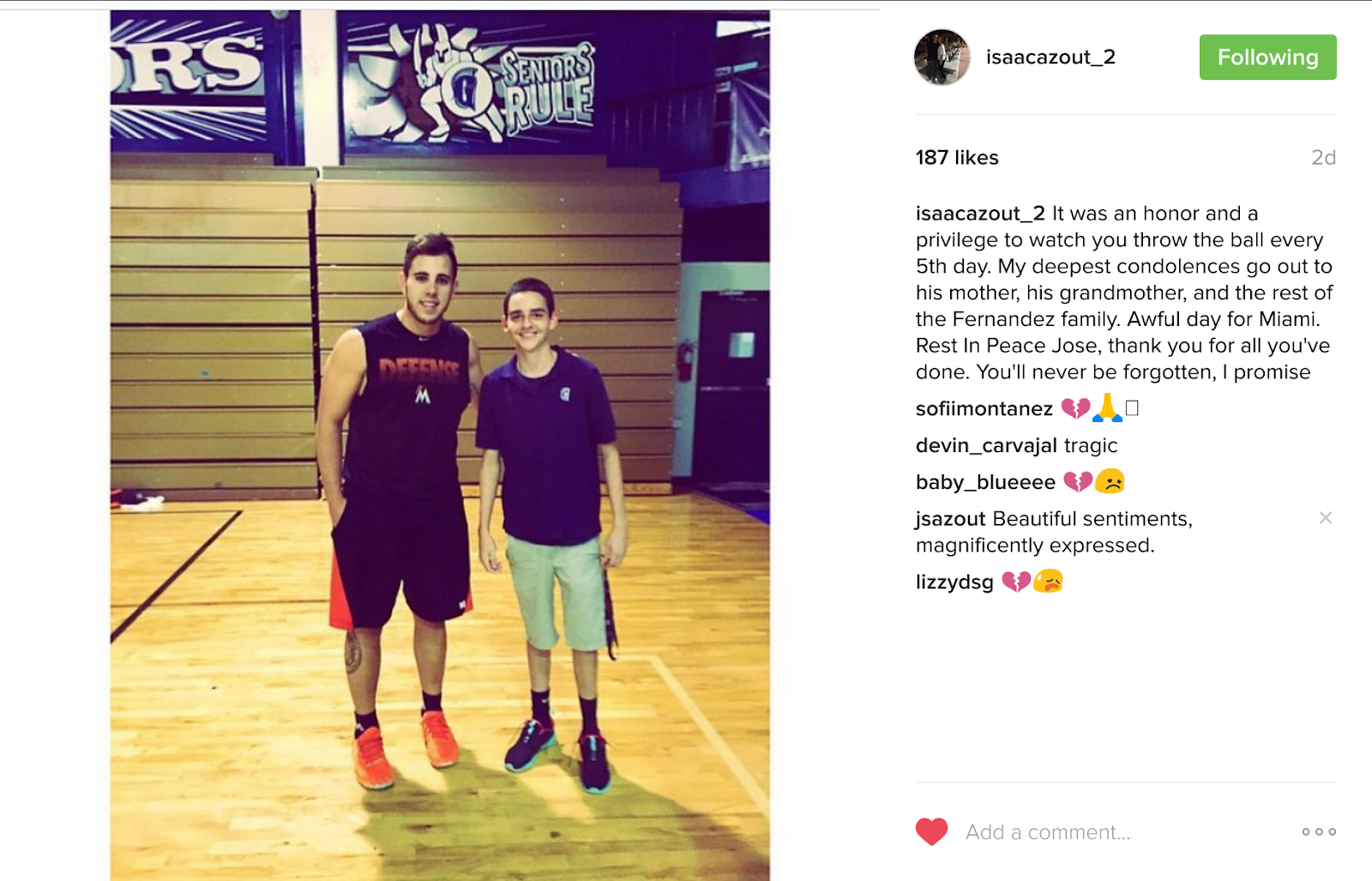 And so it goes.  We all knew José was going to become a legend someday.


Just not so soon. 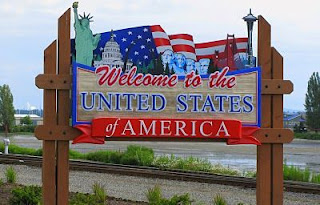 Regarding the arrest of Ahmad Khan Rahami, the suspect in the bombings across New York and New Jersey over the weekend, Donald Trump:


It’s a good thing authorities caught this evil thug.  The bad part now is we will give him amazing hospitalization.  He will be taken care of by some of the best doctors in the world, he will be given a fully modern and updated hospital room, and he'll probably even have room service, knowing the way our country is.  On top of all that, he will be represented by an outstanding lawyer.


Welcome to America. We have a system of jurisprudence. You're innocent until proven guilty, you have a right to counsel, you have a right to hospitalization if you're ill, that is our system, and that is what makes this country special and what makes this country great.  The government can make mistakes, and that's why we have trials. I don't know what the alternative would be, unless you thought government on its own belief is the judge, jury, and executioner all in one.


This is the choice we face.  Enough said. 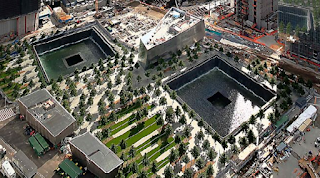 The National September 11 Memorial consists of a forest of trees, with two pools in the center.  The two pools correspond to the footprints of the Twin Towers of the World Trade Center, which once stood on those exact locations.  The memorial is poignant, powerful, and was so thoroughly thought out that even the arrangement of the victims’ names, attached to the parapets of the memorial pool walls, was not left to chance.  Wikipedia (edits mine):


The names of 2,983 victims are inscribed on 76 bronze plates attached to the parapets of the walls of the memorial pools…  The names are arranged according to an algorithm, creating "meaningful adjacencies" based on relationships—proximity at the time of the attacks, company or organization affiliations (for those working at the World Trade Center or the Pentagon) and in response to about 1,200 requests from family members….


I recently visited the memorial, and, as much as I respect those who designed and built it, I was repulsed by its fundamental concept.  And, although I was not directly impacted by the events of September 11, 2001, and am therefore probably unworthy of even commenting on the memorial built to commemorate them, I will do so anyway, justified by the fact that the horrific, cowardly attacks of that fateful day were an affront to all Americans, and, indeed, to all civilized people of the world.


My issue is with the design of the memorial itself.  Two pools, basically two holes in the ground, where the Twin Towers stood.  Where there were two majestic buildings, there are now two horrific scars.  Terrorists the world over can relish in the fact that their odious brethren left indelible marks on New York.  Their handiwork has been made permanent, their mutilation delineated forevermore.  New York has rebuilt and moved on, but the Memorial says, no, the holes are permanent.  The terrorists’ achievement lives on.


In my mind, the memories of each of 9/11’s victims should live on forever.  We should never forget those atrocious events.  But we should totally forget the damage caused by them.  The buildings are gone, but we built better ones.  Terrorists, you did some damage, but we came back, and are better than ever.  The September 11 Memorial should honor those lost on that fateful day, yet in no way solidify the dastardly deeds of those responsible.  It should say to the terrorists, you hurt us that day, but you cannot touch us.  The destruction you wrought was temporary, and we easily recovered.  You left no permanent damage.  You failed.


Yet those holes in the ground do the opposite.  They say to the terrorists, we are scarred now.  You have left indelible damage.  You defeated us, and here’s the proof.  We are not memorializing the victims of your deeds, we are instead memorializing the deeds themselves.


The greatest city in the world deserves nothing less.