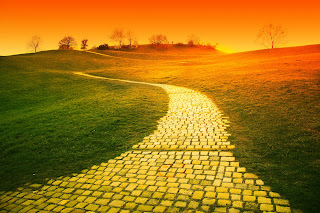 Andy Grignon and his colleagues smuggled a flask of Scotch to the event.  The group of six was seated in the fifth row, in plain view of the presenter, not to mention the audience members around them.  Nevertheless, after each segment of the demonstration, they passed the flask around, each taking a shot.  By the end of the presentation, they were quite drunk, having drained the flask.

During the entire event, the demeanor of the presenter belied the tightrope he was walking. But the liquored-up group in Row 5 knew that the presentation teetered on the shakiest of foundations.  Every shot they took was in celebration of a particular disaster averted, but their joy was short-lived, as they knew another potential calamity lurked around the corner.

The presenter continued with his demo, seemingly oblivious of his precarious situation, almost daring the device to fail.

The device in question was not ready. Grignon and his group hadn't gotten it to work consistently yet.  Everything about it was half-baked.  But the presentation had to be held that day.  So they had no choice but to jerry-rig the demo device as best they could and stage the demonstration in a way that would, at least, make it seem like the device was working flawlessly.

The most critical aspect of their preparation was the Golden Path.

After countless experiments, the group had come up with a specific sequence of demo actions that, if  performed in a particular way and in the predetermined order, had the best chance of demonstrating the device's features without it crashing.  This sequence was dubbed the "Golden Path."  As long as the presenter didn't stray from the Golden Path, he had at least a decent shot at a successful demo.

With the Golden Path firmly established and rehearsed, on the morning of the presentation, Grignon and his pals had nothing else to do but watch, hope for the best, and celebrate each successful step in the demo sequence with a warming shot of contraband Scotch.

I've witnessed one bonafide historic event in my life.  It happened that day, January 9th, 2007.

As an Apple-focused IT consultant at the time, I journeyed to San Francisco every year to attend Macworld Expo.  And, every year, I lined up at the Moscone Center door all night to be among those precious few conference attendees allowed into the auditorium to watch the Steve Jobs keynote presentation that launched the Expo in person.  Every Steve Jobs presentation I had the privilege of attending holds a special place in my heart.  But January 9th, 2007, was the day that changed everything.

Jobs clearly understood the momentousness of the occasion, and instinctively imbued it with the proper solemnity and gravitas.  Everyone in the room was transfixed.  To say the presentation was magnificent would be a gross understatement.

As mere attendees (neither credentialed press nor Apple VIPs), my fellow consultant nerds and I were way in the back of the auditorium, nowhere near Grignon's group in the fifth row, so we didn't see them taking their celebratory shots.  We also had no idea how genuinely fraught Jobs' demo was.  Knowing what I know now, Jobs' cool, at times even playful, demeanor as he demonstrated* the iPhone seems nothing short of superhuman.  He acted as if he somehow knew nothing would go wrong.


As I rewatch the demo, I consider his untimely passing, and wonder what might have been.


Attribution note: Background material for this essay was gathered from this New York Times Magazine article and this Internet History Podcast transcript.
Posted by Jack Azout at 8:47 AM