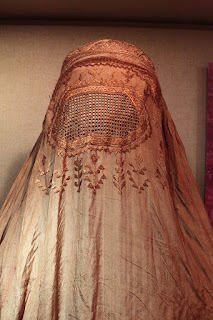 While walking down Lincoln Road yesterday morning I came across two orthodox Jewish women who were obviously wearing wigs.  That night, I saw the terrific movie “Hidden Figures.”  The juxtaposition was jarring.  I’ll try to explain why.


“Hidden Figures” expertly evoked outrage at the normalcy with which mid-twentieth century Americans accepted repulsive things like separate bathrooms for African Americans and shockingly sexist, patronizing attitudes toward women.   We find it difficult to believe that good people stood idly by while those things were going on, and have no respect for those attitudes, because they are simply reprehensible.  The fact that they were considered “normal” at that time does not justify them in any way.  It was wrong, period.


Yet when sexism and discrimination don the cloak of religious custom, they somehow become sacred cows, exempt from criticism.  I go back to the Orthodox Jewish women.  From curiosity.com:


Because hair on the head is seen as a very beautiful symbol, it is covered to create privacy. Uncovered hair in the culture is equated to physical nudity. After marriage, many Hasidic Jewish women shave their heads as a symbol of fidelity and a way to denote they are off the market. Wigs are common for women with and without shaved heads, as it [sic] covers the head to create privacy and modesty.


I will leave aside the fact that it makes no sense at all to compel a woman to shave her head to not show her hair in public yet allow her to wear a wig, which if it is any good will make it seem like she is showing her hair in public.  Let’s just focus on the blatant sexism inherent in customs whose objective it is to mar a married woman’s appearance, while no similar custom applies to married men.  Why do we accept the shaved heads of Orthodox Jewish women, and the covered heads and bodies of religious Muslim women?  Because they're religious customs?  Because they've been around for thousands of years? Why does the religious context make sexism and discrimination OK?


Regardless of the origin of the custom or its longevity, forcing modesty and subservience upon women is just plain wrong.  It is absurd for religions to pretend that humanity is static and doesn't evolve over time.  It is pathetic to cling to outdated, offensive customs in a misguided attempt to persevere.


I am irreligious, yet I respect religious beliefs.  But I do not respect customs that are sexist, discriminatory, or demeaning to any group.  When I see an orthodox Jewish woman with a wig, or a Muslim woman wearing a burqa, I feel the same thing I felt when I saw the words “Colored Bathroom” on a door in “Hidden Figures.”