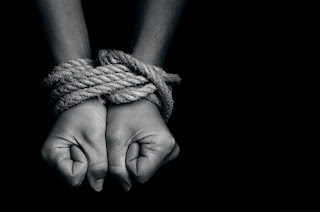 On November 4th, 1979, a group of Iranian Islamic extremists stormed the U.S. embassy in Tehran.  They quickly took control of the facility and held the 52 American citizens inside hostage for 444 days.
Four days later, on November 8th, ABC News began airing a nightly 20-minute update on the hostage situation.  The program, entitled "The Iran Crisis: America Held Hostage: Day X," with X being the number of days that had elapsed since the takeover, was broadcast every night at 11:30 pm, following the local news.*
I've been struggling to encapsulate my feelings regarding the Trump presidency.  This morning, for some unknown reason, the Iran hostage crisis was on my mind, and I remembered watching that nightly ABC News update in my college dorm room.  In my mind's eye, I saw Ted Koppel, with the over-the-shoulder graphic.  There it was.  My missing conceit.  I can distill my feelings into this:

The America I've loved my entire life is still here.  But it's in captivity.
I could try to describe Donald Trump, but I would fall far short of Nate White.  Read his entire essay here, but this quote nails it:

If Frankenstein decided to make a monster assembled entirely from human flaws – he would make a Trump.

This truly deplorable individual, with the help of a bunch of sycophants, a party of cowards, a small group of racists and bigots, and a large group of people who despise him yet feel he benefits their self-interest, has effectively subsumed the America I love, and enclosed it in toxic material.  The true America is surrounded on all sides by a mean, greedy kakistocracy.
The true America helplessly witnesses the same daily parade of horrors from its prison that the entire world sees from the outside.  Racism: empowered.  Violence: condoned.  The free press: under attack. Bigotry: all but endorsed. The Constitution: deemed irrelevant. It sees cronyism. Corruption. Children put in cages. A leader who, instead of leading, throws tantrums like a five-year-old and constantly spews out venom and disinformation, often simultaneously.  It sees national leadership acting solely out of self-interest, even in the face of a global pandemic.
It sees a nation, once universally looked to as a shining example, deteriorating into a global pariah.
But this is not who we are.  This is what imprisoned us on January 20th, 2017.
The true America is beleaguered and frustrated. But also alive and well, and eager to reemerge.
America held hostage: Day 1,226.
_______________________________________________________________________
*That program outlived the crisis, was rechristened "Nightline," and continues to this day.
Posted by Jack Azout at 8:28 AM 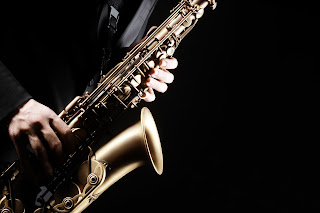 In 1956, Walt Disney decided to start his own record label and hired jazz musician Salvador "Tutti" Camarata to form and run Disneyland Records.  The label served as an outlet for all music created for Disney's movies and television shows, but also had a few independent releases.  In 1959 Disney formed Buena Vista Records to produce those independent releases separately.
One of Buena Vista's first releases was the single Lost In a Fog, by Camarata's own Tutti's Trumpets / Camarata Strings.  The B-side  was Toot Sweet, a jazzy instrumental composed by a frequent Camarata collaborator, 19-year-old Paul Anka.
Around that time, Annette Funicello was ready to transition from The Mickey Mouse Club to Disney's teen movies.  To help transform her image, she decided to release an album of love songs, and asked Camarata to produce it.  Camarata enlisted Anka, who was publicly dating Funicello at the time, to write the songs, and the album was thus entitled, Annette Sings Anka. One of the songs on the album, It's Really Love, was a reworked version of Toot Sweet, to which Anka had added lyrics.
Hollywood cranked out plenty of teen movies during the 1950s, and so did studios in Europe.  One of the European productions, a 1959 French film named Faibles Feemes (starring up-and-comer Alain Delon), needed a song sung by a male teen heartthrob to suit the storyline.  Anka recorded his own version of It's Really Love, and the song appeared in the film.
So, Toot Sweet began life as a humble B-side, but then helped propel Annette Funicello to stardom and later became an international hit.  But this little song was not done yet.
Not by a long shot.
Listen to the original Toot Sweet, by Tutti's Trumpets / Camarata Strings:
A bit familiar?  Here's It's Really Love, by Annette Funicello:
And here's Anka's cover of It's Really Love:
Yes, this is the song you know as Johnny's Theme, which opened The Tonight Show during Johnny Carson's 30-year tenure as host, from 1962 to 1992:
Carson, a fan of jazz, had worked with Anka in England on a television special, An Evening with Paul Anka, in 1961.  When they happened to meet up again in New York the following year, Carson mentioned that he was taking over as permanent host of The Tonight Show in October and needed a theme song.   A few weeks later, Anka came up with a new instrumental arrangement of It's Really Love and sent a demo tape to Carson.
It was love at first listen.
One last tidbit: Anka generously offered Carson the opportunity to rewrite the song's lyrics (even though no lyrics were ever used in the show) so that Carson would share the songwriting credit with Anka and thus share in the royalties every time the song was played.  On average, Anka and Carson earned $200,000 each per year in royalties from Johnny's Theme.
Sweet?  Darn tootin'.
_________________________________________________________________________________
Attribution note: In addition to the sources linked in the essay, material was gathered from this Internet Archive article about the evolution of Johnny's Theme and this Wikipedia article about Salvador Camarata.
Posted by Jack Azout at 8:19 AM 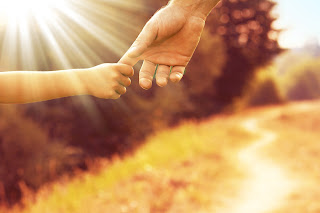 James was born in 1940 in New York's East Harlem.  His parents divorced when he was two years old.  His father moved to California, so James was brought up by his mother and grandmother in the Bronx.  James began smoking and drinking at age nine and began using marijuana at 13.  His two closest friends died of drug abuse. As a teenager, he dropped out of school and left home. To make ends meet, he worked as a messenger, busboy, janitor, and postal clerk.  During his teens and early 20s, he was often homeless and slept in friends' houses or on the street.

Israel was born in 1901 in Budzanow, a town in what was then Poland but is now Ukraine, the youngest of four children.  His father emigrated to New York's Lower East Side, leaving his wife and sons in Budzanow with an uncle.  By 1909, Israel's father had saved enough money to bring Israel and the rest of the family over.  In 1918, Israel's older brother (and best friend), Zalmon, died in the influenza pandemic.  The event was so traumatic to young Israel that despite being a straight-A student, he dropped out of school.

Let's put James and Israel aside for a bit, and watch this fantastic four-minute scene from The Godfather Part II, with Al Pacino as Michael Corleone and Lee Strasberg as Hyman Roth:

I find that scene unusually compelling.  There's some excellent acting going on, but I think there's something more.

Pacino can convey volumes with even the most subtle facial expressions.  Here, though, he is deliberately deadpan.  During Strasberg's monologue there are plenty of opportunities for him to emote, yet he restrains himself.

Pacino's remarkable ability to express what's in his character's mind using only delicate facial expressions is evident in this 50-second clip from The Godfather:

Yet, in the scene with Strasberg, nothing.  No eye movement, no mouth tightening, no subtle gestures.  Nothing.  I've come up with two theories to explain Pacino's conspicuously impassive performance in that scene.

But first, back to James and Israel.

After dropping out of school, "James" (Alfredo James "Al" Pacino), pursued an acting career.  A few years after being rejected as a teenager, he was able to gain admittance to New York's prestigious Actors Studio.  There, he studied method acting under the Studio's founding artistic director (and fellow high-school dropout) "Israel"  (Israel Lee Strasberg).

I'll let Pacino himself describe the influence Strasberg had on his life and acting career:


The Actors Studio meant so much to me in my life. Lee Strasberg hasn't been given the credit he deserves.  [Actors Studio] sort of launched me. It really did. That was a remarkable turning point  my life. It was directly responsible for getting me to quit all those jobs and just stay acting. It was exciting to work for him [Lee Strasberg] because he was so interesting when he talked about a scene or talked about people. One would just want to hear him talk, because things he would say, you'd never heard before ... He had such a great understanding.  He loved actors so much.

Pacino shared the stage with Strasberg for the first time in The Godfather Part II.  My two theories regarding Pacino's lack of expression during the "I didn't ask who gave the order" scene:


Theory #1: Pacino determined that Michael Corleone would have been expressionless in that situation and played it that way.  Nothing more than method acting at its best.

Theory #2: In a loving act of deference and generosity to his teacher and mentor, Pacino intentionally subdued his performance to draw no attention away from Strasberg's monologue.