In Response to Ms. Lang 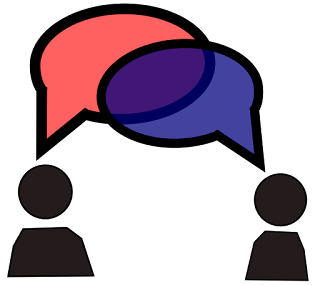 Michelle Lang, a lifelong, dear friend of my daughter, recently commented on my post, Behind the Curtain.  Although judging from her observations it seems Michelle and I have differing views with regard to the current administration, I know Michelle to be intelligent and thoughtful, and I respect her opinion, so I thought it appropriate to respond to her comments here.  Michelle’s comments (including her quotes from my post) are shown in blue below.


"So, Trump acknowledging Jerusalem as Israel’s capital is the fulfillment of a campaign promise to evangelicals, a promise that helped this despicable human being get elected President." False. The last 4 presidents AT LEAST have declared the same thing. People had no reason to believe Trump would follow through with it during the campaign when others had not. Not to mention that Jerusalem is Israel's capital not because the US declared because it's own country declared it.


Also it was passed as a law in 1995 by Congress that the US embassy was supposed to be moved to Jerusalem.


I dispute your contention that “People had no reason to believe” he would follow through.  I believe it likely that backroom deals were made. It is indisputable that Trump would never have gotten elected without the support of the evangelicals, and their hypocrisy in overwhelmingly supporting a person so antithetical to their own purported value system is stunning.  Trump and the evangelicals is the epitome of politics making strange bedfellows. Previous presidents have walked a fine line, trying to support Israel yet also trying not to sabotage the peace process. No such nuance with Trump. Bottom line: the evangelicals would not be engaging in these absurd moral gymnastics to attempt to justify their support of Donald Trump without a quid pro quo.


"During a tone-deaf event Monday" What exactly was tone deaf?


The juxtaposition of a tony inauguration event with the bloody confrontation taking place 60 miles away made it far too easy for the media to come up with headlines like “Daddy’s Little Ghoul.”  I’m not defending the headline, just pointing out that the situation made it inevitable.


"as described in detail in this article in The Guardian, and this one in Haaretz" You may want to use sources from both sides of the aisle or things will get very skewed.


Who would you have me quote, Fox News?  Granted, The Guardian and Haaretz are considered liberal publications, but they are also considered high quality sources.  I presented my point of view, and quoted reputable sources to help make my points. My post is an opinion piece, not news reporting.


"Trump chose two bigots to be featured in Monday’s ceremony." False. The person you are calling a bigot was simply expressing his beliefs "People that believe in Jesus will go to heaven, people that don't won't" The same way that Jews consider themselves "the chosen people"That is not bigoted, and using words like that so callously is not good.


The two people I called bigots are Rabbi Yitzhak Yosef and Robert Jeffress.  And I’d like to take this opportunity to, once again, call them bigots. Regarding Yosef, Margaret Hartmann writing for New York Magazine:


In March, Yosef was criticized by the Anti-Defamation League after using the term “kushi,” a derogatory Hebrew word for black people, in a sermon, and comparing them to monkeys.


“You can’t make the blessing on every ‘kushi’ you see — in America you see one every five minutes, so you make it only on a person with a white father and mother,” he said. “How do would you know? Let’s say you know! So they had a monkey as a son, a son like this, so you say the blessing on him.”


So he’s a racist as well as a bigot.


Jeffress, who runs the First Baptist Church in Dallas, has referred to Islam and Mormonism as “a heresy from the pit of hell.” He’s also claimed that Islam promotes pedophilia, called Catholicism the “genius of Satan,” and dismissed various other religions as cults. Unsurprisingly, he’s also denounced homosexuality as a “filthy practice” and vividly railed against the legalization of same-sex marriage.


Calling this guy “a bigot” is like calling Michael Jordan “a basketball player”.


Even Republican Mitt Romney joins me in calling Jeffress a bigot:


Robert Jeffress says “you can’t be saved by being a Jew,“ and “Mormonism is a heresy from the pit of hell.”  He’s said the same about Islam. Such a religious bigot should not be giving the prayer that opens the United States Embassy in Jerusalem.


To your point about expressing beliefs, I contend that a person who believes that “People that believe in Jesus will go to heaven, people that don't won't" is a bigot, as is anyone who considers people of any faith to be “chosen.”


"So, the acknowledgement of Jerusalem as Israel’s capital is just Trump once more delivering on his pact with evangelicals, cleverly disguised as a show of support for Israel." False. It is a promise kept to both. He has absolutely showed his solidarity with Israel numerous times.


What Trump has shown numerous times is that he is a shameless panderer who will do whatever and say whatever, first to get elected and then to keep his approval rating high among his base.  Ideology, solidarity and values have nothing to do with it. It’s all about self-benefit, and self-aggrandizement, basically what Trump has been about his whole life. Regarding “solidarity with Israel,” please keep in mind that Jews globally are divided about the embassy move.  Many feel it will hurt Israel in the long run by hindering the peace process. I can certainly see both sides of that discussion. The only group unanimously in favor of the move is the evangelical community.


A little less emotion should be used, and sources from everywhere. This is misleading and comes off as hateful.


With due respect, I think I’ll choose the level of emotion to use on my own blog, thank you.  Regarding “sources from everywhere,” again, this is an opinion piece.  Think editorial.  I am not reporting the news.  You may disagree with me, or have a differing opinion, but I don’t consider anything on my original post to be misleading.  I don’t think I would describe my post as “hateful,” either.  However, it is demonstrable that Trump cynically exploited the latent hate in a particular segment of our population to come to power, and continues to exploit it every day to keep his political base happy.


And I do “hate” what that is doing to my country. 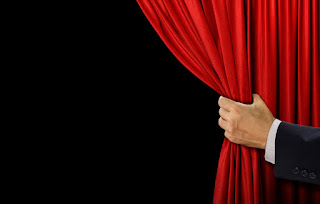 If there’s one thing you can be sure of with regard to the Trump administration, it’s that things are not what they appear to be.  Two recent examples: the US’s recognition of Jerusalem as Israel’s capital, and Trump’s recent tweets about saving Chinese technology firm ZTE.


First, Jerusalem.  Last December, Trump formally recognized Jerusalem as Israel’s capital, setting in motion a plan to move the United States Embassy from Tel Aviv to the fiercely contested Holy City.  During a tone-deaf event Monday, Trump administration officials, including first daughter Ivanka Trump, her husband and Trump advisor Jared Kushner, and Treasury Secretary Steven Mnuchin, officially opened the new US Embassy in Jerusalem along with Israeli Prime Minister Benjamin Netanyahu, and all of them (including Trump himself, who did not attend but sent a video message) characterized the policy change as a US show of support toward Israel and the fulfillment of a campaign promise.  Israel supporters around the world had mixed reactions, as moderates condemned the move, calling it an impediment to the future progress of peace negotiations, while Orthodox Jews and right-wing Israelis (including, of course, Netanyahu) lavished praise on both the move and their hero, the comically narcissistic Donald J. Trump.


There was one other group positively rapturous (pun intended) about the new home of the US Embassy: the absurdly hypocritical pro-Trump evangelicals.  Why, you may ask yourself, as I did when I first heard of this, would evangelicals be so fervently supportive of Jerusalem being officially acknowledged as Israel’s capital?  Because, as described in detail in this article in The Guardian, and this one in Haaretz, evangelicals believe that, per biblical prophecy, such acknowledgement is necessary for the second coming of Jesus Christ and the beginning of the Rapture, or end times.


So, Trump acknowledging Jerusalem as Israel’s capital is the fulfillment of a campaign promise to evangelicals, a promise that helped this despicable human being get elected President. Netanyahu (and other hardliners) were incidental beneficiaries.  As if to prove the point, Trump chose two bigots to be featured in Monday’s ceremony.


So, the acknowledgement of Jerusalem as Israel’s capital is just Trump once more delivering on his pact with evangelicals, cleverly disguised as a show of support for Israel.


The Trump administration last month banned ZTE, which makes smartphones running Google's Android operating system, from using US technology after accusing it of violating a deal in which it agreed to pay $1.2 billion for evading US sanctions on North Korea and Iran.


Yet on Sunday, out of nowhere, Trump tweeted that "President Xi of China, and I, are working together to give massive Chinese phone company, ZTE, a way to get back into business, fast. Too many jobs in China lost. Commerce Department has been instructed to get it done!"


Why would Trump, who won power accusing China of stealing American jobs and has long vilified China for taking advantage of the US using unfair trade practices, now be lamenting the loss of Chinese jobs and championing ZTE?  Inexplicable, on the surface.  But I have no doubt that the ZTE reversal, like anything else done by this administration, was motivated by self interest and is the result of some shady backroom deal.  Although we know the true motivation behind the Jerusalem acknowledgement, we don’t yet (and may never) know the truth behind the ZTE U-turn. Summer Meza, writing for The Week, however, raises an interesting possibility:


President Trump's decision to help a Chinese telecom company bounce back from U.S. trade restrictions may have residual benefits for his family's company, Quartz reported Tuesday.


Some are wondering whether the reversal will encourage Chinese businesspeople to work with the Trump Organization, the president's private company, reports Quartz. The South China Morning Post reported that a Chinese state-owned firm recently agreed to provide $500 million to fund a project that will build Trump-branded hotels and golf courses in Indonesia. The Trump Organization, which Trump still owns, could reportedly earn millions of dollars from the project.


Asked about the possible conflict of interest Monday, the White House said it would not comment on a private organization's business dealings.


Is the Trump administration truly a kakistocracy?  Or is it, instead, a shockingly corrupt regime, hiding behind a smokescreen of incompetence?


I’m beginning to think the latter.