A Few Cool Things About Baseball

It is the only sport where the defense has the ball.


It is the ultimate team sport, since you cannot simply give the ball to your best player every time.


It is the ultimate individual sport, since a player is utterly responsible when he is up to bat, and he cannot shirk his responsibility by merely passing the ball to someone else.


Records are kept, not only of what happened, but of what should have happened.  If a batter gets on base due to a fielder’s error, the batter is not credited with a base hit and the pitcher is not charged with allowing one.  There are earned runs, and unearned runs.  No other sport makes these fundamental distinctions in its recordkeeping.  Famously, no other sport is as obsessed with statistics.  More importantly, no other sport is as obsessed about the fairness of its statistics.


The best players in the world often look deceptively normal, so as you watch them throw, catch, bat and run you feel you could do those things as well as they do. Until you try.


The game is enticingly simple, yet profoundly complex.  You can learn its basics in a half hour, and spend a lifetime attempting to master its nuances.


It has been played, essentially the same way, for well over 150 years.  It has survived scandals, corruption, strikes, wars.  It has reflected the times, as worker exploitation, racism, bigotry and substance abuse have all tarnished it.  Yet it has, at times, dragged a sometimes reluctant nation forward in their repudiation.


Its heroes are as diverse as mankind itself.  The Christian Gentleman.  The Hebrew Hammer.  The Left Arm of God.   The Flyin’ Hawaiian.  The Golden Greek.  The Mississippi Mudcat.  The Cuban Missile.  So many more.


There is no clock.  Each game proceeds at its own pace.


There are no ties, and no artificial tie-breaking mechanisms .  The game continues normally until one team wins.


Listening to a game can be as (or more) enjoyable than watching it.  Pull up a chair.


Most of what is happening is not visible, and the pace of the game allows it to be discussed as it happens.


And finally, no one is congratulated for striking out.  Unlike what happens every time a free throw is missed in the NBA.
Posted by Jack Azout at 4:41 PM 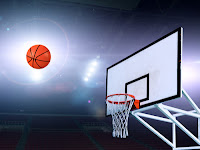 His team down by 1 with 5 seconds remaining in the game, the point guard brings the ball up the court.  He passes to the power forward, who passes back to him and sets up a perfect screen.  1 second left.  The point guard steps around the screen, squares up and shoots. The ball leaves his fingertips just before the buzzer goes off.  If he makes the shot, his team wins.  If the shot rims out, his team loses.  Let’s pause this narrative with the ball suspended in mid-air for just a moment.

The point of the narrative?  Most analysis of this type is useless and a waste of time.   The story could have featured a last second pass completion or goal, or a walk-off home run.  The conclusion would have been identical.

But the folly of such shallow, result-driven, post-event analysis is not limited to sports.  Every time a company becomes successful, its leaders are meticulously analyzed and books are written so that would-be entrepreneurs can learn about and imitate them in order to succeed as well.  The problem is that these leaders are generally not successful because of their habits, daily routines, or other easily imitated characteristics.  They are successful because of other factors which cannot be imitated,  and indeed may have succeeded despite their personality or habits and not because of them.   Furthermore, leaders of successful companies generally have very little in common with each other, so the study of one particular leader in an effort to discern exactly what characteristics are conducive to success is hopeless.

Examples abound.  Steve Jobs, Bill Gates, Andy Grove, the Google triumvirate (Page, Brin and Schmidt).  All have led wildly successful tech companies.  Their management styles and personal characteristics have little, if anything, in common.  So which leader should a prospective tech entrepreneur imitate?   It just doesn’t matter.

If at first you don't succeed, try, try again. Then quit. There's no point in being a damn fool about it.

For every person that has succeeded by being stubbornly persistent there is another that has succeeded by changing course, or “pivoting” as is annoyingly trendy to say these days.  So, the truth is, if at first you don’t succeed, you may succeed it you persist, or maybe not.  Or you may succeed if you quit and try something else.  Or maybe not.  Your company may be successful if you manage it in the style of Steve Jobs.  Or maybe not.  There are so many variables involved in every aspect of life that to try to find precepts that always apply is an exercise in futility.  Sometimes what you do pays off.  Sometimes it doesn’t.  Sometimes the fact that it pays off is related to the manner in which you did it.  Sometimes it’s not.

I have some personal experience here.  I ran a company for 15 years.  The managers of the manufacturer of the products I primarily distributed decided that it was in their best interest to purchase my company.  They made me an offer, we negotiated a bit, and ended up making a deal that worked out well for them and for me.  So, in hindsight, I can pat myself on the back knowing that I ran my company brilliantly, because of the happy ending, right?

Not so fast.  The manufacturer could have just as easily decided to enter my market directly not by purchasing my company but instead by setting up shop independently and driving me out of business.  Had that happened, in hindsight I would have kicked myself in the ass knowing that I ran my company into the ground by exposing it to such a risk.

So, did I run my company brilliantly or horribly?  Who knows.  As much as I would like it to, the end result doesn’t validate the strategy, since it clearly could have gone either way.  Like the point guard’s shot.