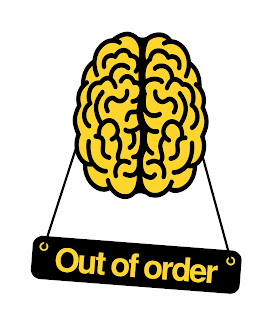 As an irreligious person, the earnest belief in religion is difficult for me to fathom, yet fascinating.  I’m even more fascinated by those aspects of religion that make no sense, even within their nonsensical premise.  A quick example from Wikipedia’s page regarding the Jewish holiday of Passover:

In the narrative of the Exodus, the Bible tells that God helped the Children of Israel escape from their slavery in Egypt by inflicting ten plagues upon the ancient Egyptians before the Pharaoh would release his Israelite slaves; the tenth and worst of the plagues was the death of the Egyptian first-born.

The Israelites were instructed to mark the doorposts of their homes with the blood of a slaughtered spring lamb and, upon seeing this, the spirit of the Lord knew to pass over the first-born in these homes, hence the English name of the holiday.
So God, purported to be omniscient throughout the Bible, still required the Israelites to mark their homes so he would know to pass them over.  To make sure he didn’t screw up?  Makes no sense, even accepting the nonsensical premise.  If you believe in God’s omniscience, the marks on the doors cannot make sense to you.  I’m going to call this irrationality within a larger irrationality a nested irrationality.

A much wider, and perhaps even more ludicrous example of a nested irrationality is the Bible itself, taken as a whole.  A Gallup poll conducted last year found that 24% of Americans believe that the Bible is "the actual word of God, and is to be taken literally, word for word," while another 47%, although they do not believe all of it should be taken literally, still believe it to be “the inspired word of God.” So, quoting Gallup, “the vast majority of Americans -- 71% -- continue to view the Bible as a holy document, believing it is at least God-inspired…”

Please consider these quotes, all from this “holy” document (this handy website returns the text of any chapter and verse, in case you want verify any of them):

Whoever does any work on the Sabbath day is to be put to death. (Exodus 31:15)

Do not plant two kinds of seed in your vineyard; if you do, not only the crops you plant but also the fruit of the vineyard will be defiled. (Deuteronomy 22:9)

Anyone who blasphemes the name of the Lord is to be put to death. The entire assembly must stone them... (Leviticus 24:16)

If a man has sexual relations with a man as one does with a woman, both of them have done what is detestable. They are to be put to death; their blood will be on their own heads. (Leviticus 20:13)

If a man beats his male or female slave with a rod and the slave dies as a direct result, he must be punished, but he is not to be punished if the slave gets up after a day or two, since the slave is his property. (Exodus 21:20-21)

I do not permit a woman to teach or to assume authority over a man; she must be quiet. (1 Timothy 2:12)

Wives, submit to your husbands as to the Lord. (Ephesians 5:22)

Now go, attack the Amalekites and totally destroy all that belongs to them. Do not spare them; put to death men and women, children and infants, cattle and sheep, camels and donkeys. (1 Samuel 15:3)

The quoted passages are consistent with the belief that the Bible is simply a collection of antiquated writings that may have historical value, but not much else.  The passages present no issue even to believers in a higher power, as long as they don’t ascribe divinity to the Bible. But the 71% of Americans who believe that the Bible consists of God’s words, or words inspired by God, are caught in a nested irrationality.

That is, unless they consider God an ignorant, vain, tyrannical, sexist homophobe who condones slavery and promotes genocide.