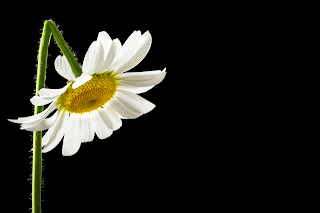 Born in Brooklyn, New York on October 17, 1918, Margarita Carmen Cansino was the oldest child of Eduardo Cansino, a Spanish-born Flamenco dancer who sexually abused her starting at a very young age. Margarita's mother knew of the abuse and began sleeping in the same bed as her daughter in an attempt to protect her, but the abuse continued unabated. By the age of 12, Margarita was overweight, emotionally stunted and unable even to play with other children.

In 1927, Eduardo moved his family to California in an ill-advised attempt to pursue a film career. Once he failed as an actor (his poor English was a factor), he began taking Margarita out of school and driving her to Tijuana, Mexico, where he would dress her provocatively, put garish make-up on her face, and put on dancing shows with her as his partner on casino stages. (He drove her into Mexico since child labor laws prevented her from working in the U.S.).
He told people she was his wife. The sexual abuse continued.
The year Margarita turned 18, she married Eddie Judson, 41, a lounge lizard and occasional car dealer. Judson repeatedly threatened her with physical abuse and disfigurement, and offered her body to any man he thought would advance his career.
Margarita's second husband, whom she married in 1943, was uncomfortable with her emotional needs and cheated on her regularly with prostitutes and other women. She married for the third time in 1949, but Margarita didn't fit in with her new husband's flamboyant lifestyle and exuberant friends. They divorced in 1953.
Later on that same year she married Dick Haymes, an Argentinian-born singer in the twilight of his career who had two bench warrants out for his arrest, one for unpaid alimony to one former wife and the other for unpaid child support to another. In addition, as he did not have proof of American citizenship, he was deemed an illegal alien and was in the process of being deported to Argentina. Margarita paid most of his debts and assumed responsibility for his citizenship, which allowed him to stay in the U.S. The marriage survived for two tumultuous years, ending when Haymes struck Margarita in the face in public at the Cocoanut Grove nightclub in Los Angeles. Margarita packed her bags and walked out, never to return.
Her fifth and last husband was James Hill, whom she married in 1958. In 1961 Margarita filed for divorce, citing extreme mental cruelty.
During the last decades of her life Margarita struggled with alcohol addiction. She was diagnosed with Alzheimer's disease in 1980, and died from complications related to it in 1987, at age 68.
Margarita's was a shockingly horrible life; that much is certain.
But there's more to her story.
The woman born Margarita Carmen Cansino:
You see, sometime in the late 1930s, Eddie Judson, the creep who you'll remember as Margarita's first husband, and Harry Cohn, the notoriously crude head of Columbia Pictures at the time, made Margarita dye her hair auburn and raise her hairline through electrolysis to broaden the appearance of her forehead. Cohn also considered her name "too Spanish-sounding," so he suggested she adopt her mother's maiden surname.
And so, Margarita "Rita" Cansino became... Rita Hayworth.
Here's one of her pin-up posters, the one immortalized by Stephen King in his 1982 novella, "Rita Hayworth and the Shawshank Redemption," adapted by Frank Darapont into the 1994 movie "The Shawshank Redemption." Here's her all-time signature scene, in 1946's "Gilda." And here it is again, as enjoyed by the inmates at Shawshank.
For decades, Rita Hayworth brought joy to moviegoers all over the world with her stunning, explosive on-screen charisma. Alas, that charisma belied the utter joylessness of her life off screen.
Perhaps the best way to wrap this up is to quote Susan Braudy's headline for her 1989 New York Times article about Hayworth:
“What We Have Here is a Very Sad Story.”


Attribution Note: The conceit of this post prevented me from initially linking to its source material, which consists of this Wikipedia article, this New York Times article (the one by Susan Braudy) , this biography.com article, and the AFI's Top 25 Female Stars list.