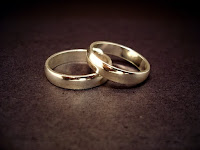 Joshua Topolsky, in a pitch-perfect tweet yesterday reflecting on the Supreme Court’s historic ruling that gives same-sex couples the right to marry in all 50 states:

I guess I just feel like, deep down, if you don't think today is worth celebrating, you suck as a person.

A perfect example of one of those people: former Arkansas Gov. Mike Huckabee, who is seeking the Republican presidential nomination, and was recently featured on these pages.  His reaction to the ruling:

If accepted by Congress and this president, this decision will be a serious blow to religious liberty, which is the heart of the First Amendment.

No surprise there.  Politicians like Mr. Huckabee (also Marco Rubio, Jeb (Jeb!) Bush, Ted Cruz, and many others) are using religion and, more specifically, “religious liberty” to attack the SCOTUS ruling and thus justify senseless, shameful discrimination, just like their like-minded predecessors have, in the past, used similar arguments to justify slavery, racism, bans on interracial marriage, etc.

I find it shocking, though, that they don’t see the self-contradiction in their specious argument.

Religious liberty means that people should be free to live their lives as dictated by their faith (or lack thereof).  Mr. Huckabee is free to practice his religion, and follow his beliefs.  How is his freedom impacted if others are allowed to live their own lives in accordance to their own beliefs?  Obviously, it is not impacted at all.  Mr. Huckabee and those of his ilk are not content to “live and let live” as true religious liberty dictates.  They would rather impose their own religious beliefs on everyone else.  That is not religious freedom; it is the opposite.  And to use the guise of religious freedom to advocate its exact opposite is grossly hypocritical, and insulting to us all.

To Mr. Huckabee, religious freedom is fine as long as everyone shares his particular beliefs.   And that applies to anyone else who speaks of “religious liberty” when attacking the Supreme Court ruling.  SCOTUS is not forcing you to marry another man, Mr. Huckabee.  No one is messing with your rights.  You’re the one that wants to mess with the rights of others.  You’re the one stunningly arrogant enough to advocate molding the laws of this nation around your own beliefs, Jefferson and the rest of the Founding Fathers be damned.  You’re the one who would like the United States to become a Christian theocracy, in the tradition of Iran, an Islamist theocracy, with the only difference being which fairy tale its laws are based on.

From now on, Mr. Huckabee, your marriage is legally equivalent to any other marriage, same sex or otherwise. Because, in the words of lead plaintiff James Obergefell:

From this day forward, it will simply be marriage.