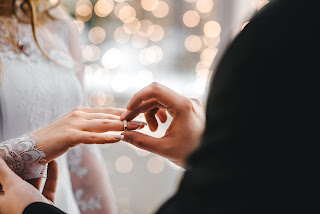 
It was 1970. Lynn was not happy. His pop group's first album did poorly, selling only 18,000 copies. It was late. He was working at home, trying to put the next album together. It would be make-or-break for the group. He needed more material. As he worked, he had the TV on in the background.
Wait, what?

The conference room was littered with fast food wrappers and empty coffee mugs. The meeting had lasted all morning and most of the afternoon, but the executives in charge of marketing for San Francisco-based Crocker National Bank had finally agreed on a strategy. The data clearly indicated that Crocker had become, to quote one of its executives, "an old fashioned bank with old fashioned customers." Precious few people in their twenties and thirties had even heard of Crocker. To stay relevant in the long term, the executives figured, the bank needed to find a way to appeal to young adults.
To implement this strategy, the marketing folks at Crocker hired hot-shot adman Hal Riney, creative director of the San Francisco branch of BBDO, a worldwide advertising agency. Riney came up with a slogan targeting young adults:
You've got a long way to go.
We'd like to help you get there.
Riney figured the slogan would be most effective if paired with images of young people's lives, and specifically how they were changing. A wedding-themed TV ad would be perfect! Riney put together a sweet montage of wedding moments. All he needed was a song to go with it. BBDO had an in-house songwriter, Tony Asher, but he'd broken his arm in a skiing accident and couldn't play the piano, so he suggested Riney contact Roger Nichols and Paul Williams, freelance songwriters. Nichols and Williams wrote the song. Paul Williams sang it himself for the commercial.
Since part of their agreement with Crocker specified that Nichols and Williams, as writers, would retain their rights to the song, they added a third verse, not included in the ad, just in case anyone would ever want to record it.
The commercial proved to be well-received and popular, and did indeed attract a large number of younger customers to Croker National Bank. It turned out, though, that the younger demographic the executives had targeted was not desirable. Young adults starting their careers tended to have no money to deposit and little collateral for loans. Who knew.
Riney, Nichols and Williams did exactly what was asked of them, but what the campaign successfully implemented was, alas, a failed strategy.
The campaign was unceremoniously dumped.

Wait, what?
The voice on the TV, singing some bank commercial, of all things, sounded familiar. It sounded like Lynn's friend, Paul Williams. And the song Paul was singing sounded like it belonged in his group's next album.
The next day, Lynn made a few calls, confirmed that the song was, indeed, Paul's work, and called his friend to ask him if there was a full version of the song, and if Paul had retained rights to it.

This is the 1-minute Crocker National Bank commercial that Lynn saw late that night in 1970:

And this, of course, is the full version of "We've Only Just Begun," as recorded by Lynn (Richard Lynn Carpenter) and his sister, Karen, released in September of that same year:

"We've Only Just Begun" became a RIAA certified gold single, was featured on The Carpenters' best-selling album "Close To You," and became the go-to wedding song of the early '70s.

They just don't make bank commercials like they used to.


Attribution Note: Background material for this essay was gathered from this Wikipedia page, this Huffington Post article, this interview with Hal Riney, and this article from Songfacts.

Everything in the essay is documented historical fact except for:


1. Richard Carpenter's "not happy" frame of mind the night he heard the commercial, which is my conjecture.


2. The meeting at Crocker National Bank. It is fact that they came up with the strategy to target young people, and that they hired Hal Riney do do so, but that they actually formulated the strategy during a long meeting in an untidy conference room, although possible, and, perhaps even probable, was totally made up by me.