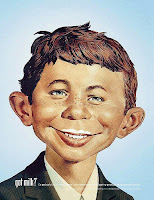 Today I received an email from Louis C.K., letting me know that Episode 6 of “Horace and Pete” was ready to download or stream.  Great news, since “Horace and Pete” is one of the most compelling television shows I have ever seen.   Really, go watch it.  Anyway, Louis C.K.’s email included a postscript with a bit of political advice:

Please stop it with voting for Trump.  It was funny for a little while. But the guy is Hitler. And by that I mean that we are being Germany in the ’30s. Do you think they saw the shit coming? Hitler was just some hilarious and refreshing dude with a weird comb over who would say anything at all.

Louis C.K. could not be more spot on.  An “insane bigot” is the Republican front runner by a country mile, and his ascension to power seems more inevitable every day.  We have an electorate disgruntled with their government, and deservedly so.  To support Trump is to flip the establishment the bird, to say “fuck you” to the politicians.  So it doesn’t matter how preposterous his positions are.  It doesn’t matter how many times he contradicts himself.  It doesn’t matter that we really don’t believe in the things he espouses.  It doesn’t even matter that we think he’s dangerous, because once he gets elected he won’t follow through on the absurd things he’s saying now.  Like all politicians, he’s saying things to get votes, but once in power he’ll dial it back.  Right?

Absolutely, people say, according to Slate.com :

One thing you will hear people say about Donald Trump is that he might not actually be that terrible a president because he wouldn't actually follow through on the fascist things he says he is going to do, like deporting 10 million Latinos and banning Muslims from the country. Lots of regular politicians say things they don't really mean or promise things they couldn't accomplish to get attention during campaigns, so maybe Trump is the same way, right?

Well, as the same Slate article points out, that was the official “New York Times” take on the actual Adolf Hitler.  From the 1922 article where Hitler’s name first appeared on the Gray Lady’s pages:

But several reliable, well-informed sources confirmed the idea that Hitler’s anti-Semitism was not so genuine or violent as it sounded, and that he was merely using anti-Semitic propaganda as a bait to catch messes (sic) of followers and keep them aroused, enthusiastic and inline for the time when his organization is perfected and sufficiently powerful to be employed effectively for political purposes.

Will Donald Trump be the Adolf Hitler of the 21st century?  Are we willing to take the chance?