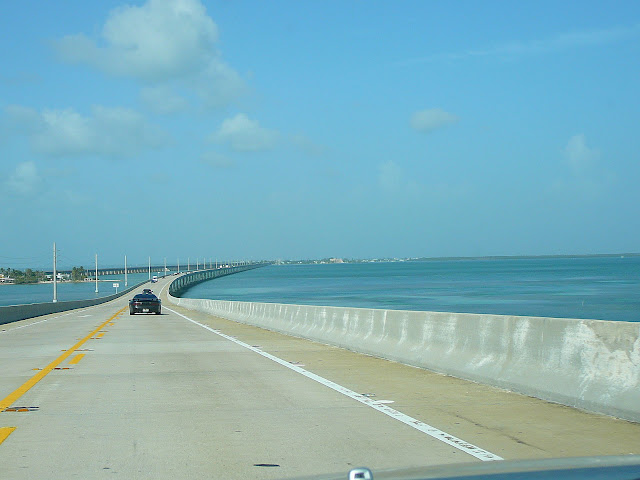 These days, our minds are seldom free to wander.

I’m a huge fan of podcasts, and listen to them in my car, while getting dressed, even while brushing my teeth and shaving.  At the checkout line in the supermarket, I’m on my phone, catching up on email, or on the news.  During meals, when on my own, I’m reading a book on my Kindle.  I watch TV shows while working out.  So my mind is almost always engaged in a specific activity, and is seldom left to its own devices.

As I drove back to Miami from Key West last Sunday, I did something I haven't done in many years: I listened to music in my car.  I asked Google Play Music to play me some “Timeless Pop-Rock Hits” and that’s exactly what it did.  For three and a half hours.  And so, while I enjoyed the music of my youth, my mind wandered to all sorts of wonderful places and came up with myriad thoughts, all by itself, with no prodding from me.  My brain was in that special place between the conscious and the subconscious; that place where fresh ideas hatch, detritus is cleared out, and problems are solved.

I enjoyed that experience so much that I decided to write about it right then and there.  I opened Google Keep (a note-taking app), on my phone, and turned on dictation.  Google Play Music was still playing; I just lowered its volume a bit.  So, with the Atlantic Ocean on my right, the Gulf of Mexico on my left, and the timeless tunes of the ‘70’s in my ears, I spoke.  The noises I made were captured by a microphone hidden near my car’s driver-side visor and transmitted wirelessly, via Bluetooth, to my phone.  My phone then sent those noises to Google’s servers, where they were analyzed and converted to words.  The words were then sent back to my phone, where Google Keep dutifully typed them on my note.  Most of what you are reading right now was “written” in that miraculous manner, with blinding speed and astonishing accuracy.

So my smartphone, the tool primarily responsible for keeping my mind from wandering in the first place, enabled me to allow it to wander, and then made it possible for me to write about the experience while simultaneously listening to music and driving north on Overseas Highway.

One final bit of irony.  On that gorgeous drive back from Key West, I used some of the latest technologies available in 2016 (a smartphone with an internet connection, Bluetooth, a music streaming service) to create an experience essentially identical to that which I had enjoyed  countless times in the ‘70s, using totally different technology (FM radio).  Nostalgia certainly had a hand in the joy I felt that day.

After all, I was, as the late, great Jim Mandich would say, just “riding around with the windows down.”

(Photo: “View from the Moser Channel arc on the Seven Mile Bridge in the Florida Keys” by Marc Averette, used under the Creative Commons Attribution 3.0 Unported license.)