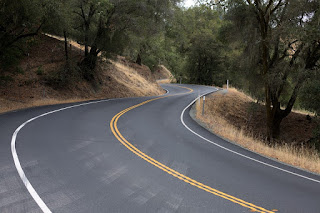 My son and I drove back home to Miami from Port St. Lucie yesterday, as we concluded the 2016 installment of our annual Spring Training extravaganza.  Although I know the way, I entered our home address into Google Maps anyway, just to see which one of three possible routes she would suggest.  (Obviously Google Maps has no gender, but I refer to it as a “she” because of the service’s no-nonsense yet lovable female default voice.)  To my surprise, she suggested a fourth route, one I would never have  considered, based on live traffic conditions.  I gladly took her up on her suggestion.


About halfway into our roughly 2-hour drive, Google Maps interrupted the podcast we were listening to and said: “There is a slowdown on the Florida Turnpike approximately twenty miles south of your position.  I have calculated a new route, which will save you five minutes.  Touch the ‘Accept Route’ button on your screen to accept the new route.”  I did, so instead of staying on the Turnpike for 34 more miles as was the original plan, Google Maps guided me to exit in 10 miles, and take I-75 South to SR 826.  The new route resulted in us arriving at home 10 minutes earlier than Google Maps’ original ETA..  (It seems fair to mention that the new, “Live Traffic” features that have gradually rolled into Google Maps are a result of Google’s 2013 acquisition of Israeli startup Waze Mobile.)


Of course all of this seemed perfectly natural to my 17-year old son.  So, as I am prone to do in these situations, (to his constant dismay), I attempted to describe to him all of the astonishing technologies that contributed to our blissfully event-free journey.  Of course, he wasn’t interested.


Yet I, on the other hand, was utterly fascinated by all of the different technologies involved.  A pocket-sized computer thousands of times more powerful than the computer that took Apollo 11 to the moon (the smartphone).  Technology which allows wireless, high-speed data communications (cellular data). A global network of networks, which links billions of devices worldwide (the Internet).  A space-based navigation system that provides location and time information in all weather conditions, anywhere on or near the Earth where there is an unobstructed line of sight to four or more satellites (Global Positioning System, or GPS).  The fact that Google has literally mapped out our entire planet.  The technologies pioneered by Waze that allow Google to analyze driver data and determine traffic issues and their optimal workarounds in real time.


So, to my son, we just had a normal drive home from Port St. Lucie.  From my point of view, however, we harnessed multiple independent technologies, each of which my 1979 self would consider outside the realm of even remote possibility.

But then again, my 1979 self thought the AAA TripTik was magical.