In Response to Candace Owens 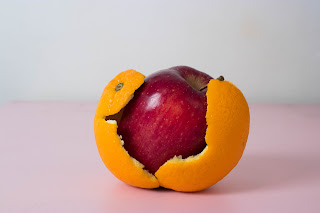 This 18-minute video by Candace Owens has gone viral.  The essay below is my response to said video.

TL;DR version: Owens is a shameless tool of the pro-Trump far-right. Her video consists of specious arguments specifically designed to make white people feel comfortable with the horrible status quo.

Let's first allow Owens to provide some context for her video.  Here are some of her post-2017 quotes, all gathered from her Wikipedia page.  (I say "post-2017" because she identified as "liberal" in 2015, but then somehow transformed into an ultra-conservative Trump shill in 2017):

In May of 2018, she suggested that "something bio-chemically happens" to women who do not marry or have children.

She has called abortion a tool for the "extermination of black babies."

She described the #MeToo movement as "stupid" and said that she "hated" it.

She has said that the NRA was founded as a civil rights organization that trained African Americans to arm themselves, which is false.  The NRA was founded by Union Civil War veterans to improve soldiers' marksmanship.

In October 2018, during the mail bombing attempts targeting prominent Democrats, Owens promoted the conspiracy theory that leftists sent the bomb mailings.  After authorities on October 26th arrested a 56-year-old suspect who was a registered Republican and Trump supporter for the crimes, Owens deleted her comments on Twitter without explanation.

I will now summarize the points she makes in her video, and provide my response below each of them.

Owens:  I do not support George Floyd and the media depiction of him as a martyr for Black America.  Floyd was a career criminal, and should not be held up as an upstanding citizen, much less a hero.  Black culture is unique in that it caters to the bottom denominator of our society.  Not all black Americans are criminals.  We [blacks] are the only ones that demand support and justice for the people in our community that are up to no good, as opposed to other groups such as Jews and Latins.  We are turning criminals into heroes, and I'm not going to buy into that.  [Owens goes on to detail Floyd's criminal record, which includes various convictions on drug charges and one sentence for being part of a group that staged a home invasion robbery.  She mentions, but dismisses as not significant, that, at the time of his murder, Floyd had not been in trouble with the law for over five years].

No one is holding George Floyd up as a hero, or even an upstanding citizen. No one should be saying he was a martyr, either, since he was not killed for his beliefs.

Floyd did, however, become a symbol.  His background, criminal or otherwise, is irrelevant to what happened to him on May 25th. Maybe he'd been putting his life back together during the last five years, or maybe not; that doesn't matter. No one is celebrating George Floyd's life.  We are holding up his death as an example of racially motivated police brutality.

Owens: When arrested, Floyd was high out of his mind on Fentanyl and methamphetamines, and when he was put against a wall, a baggie with white powder [Owens presumes drugs] dropped to the floor.

Again, irrelevant.  Floyd's being on drugs would only have been an issue had he been acting in a threatening manner toward the police officers.  All evidence shows he was calm and non-threatening while he was handcuffed, put against a wall, and had his neck pinned to the concrete by Chauvin's knee.

Owens: Upstanding black people are dying during the riots [here she gives an example of a man shot protecting a store from looters]. Why should we upstanding black citizens suffer because of this incident that rarely happens?

Nobody is condoning looters or violence.  Black citizens are not suffering because of this incident; nobody is. Citizens are suffering because some opportunists are taking advantage of the situation, and nothing suffers more from this criminal opportunism than, unfortunately, the protesters' cause itself.
Also, "rarely happens"?  NPR put together this non-comprehensive yet shocking list of black people who died at the hands of police since 2014, including heartbreaking details about their final moments.  Police killed at least 104 unarmed black people in 2015, according to this depressing summary of statistics from We The Protesters.  "Rarely happens" is demonstrably false.

The narrative is nothing more than election fodder.

I was unable to confirm any of the statistics Owens cited.  Every time I tried to do so, I found reputable statistics in direct conflict with them. I assume Owens's numbers are either excruciatingly cherry-picked or made up.  They are certainly not in line with statistics generally accepted by non-partisan groups.
The "election fodder" bit is interesting. No one is saying that institutionalized racism in America began with Donald Trump, and no one is saying that it will end when he is gone. What protesters and thinking Americans of all stripes are clamoring for, is action that will finally begin to change this sorry state of affairs. If Owens believes that pointing out a problem that needs fixing is "election fodder," she is necessarily implying that the people currently in power are either unable or unwilling to fix it.  I agree.

Owens: Black on black crime is never mentioned.  We take no responsibility for our behavior, but prefer to blame whites.  We hold up criminals.  Those [blacks] who become successful are called "coons" and "Uncle Toms."  Black conservatives get ahead because they don't subscribe to this narrative.

I have never heard of any successful black American referred to as a "coon" or an "Uncle Tom." My understanding is that "coon" is just another racial slur, as Wikipedia confirms, and that an "Uncle Tom," as Google confirms, is "a black man considered to be excessively obedient or servile to white people." I found nothing indicating that those terms are used to refer to successful African Americans per se.
The part about "blaming whites" is genuinely abhorrent. To imply that there is anything wrong with American blacks blaming whites for their plight is absurd. Given our history, in my view, blacks don't blame whites enough for the gross inequity that endures in our country.  Let's summarize (please forgive me for quoting myself, from an essay published one year ago):

In North America, the first English settlement was founded in 1607, on the banks of the James River, in what is now Virginia.  Twelve years later, in 1619, slavery began in America, when a Dutch ship brought 20 African slaves to the Jamestown settlement.  Slavery didn’t end in the U.S. until 1863 when President Lincoln officially issued the Emancipation Proclamation.  So, for 244 years, innocent people were captured in Africa and brought to North America as property.  As chattel.  For 244 years.  After Lincoln abolished slavery, these innocent people went from being slaves to being officially considered second class citizens and, unofficially, subject to horrible abuse.  From emancipation until the Civil Rights Act of 1964, the U.S. government legally sanctioned discrimination against these innocent people.  For a century.

And, of course, since 1964, African Americans have continued to face widespread discrimination.
There is no way that we can ever make it up to them.  But we can, at the very least, not judge those who rightly feel that their lot in life is unfair thanks to the past and current actions and attitudes of white America.  Those African Americans that have been able to succeed despite their predicament deserve all the more credit and respect.
Owens's video seems so in line with the whole MAGA / right -wing / Fox News rhetoric that I wouldn't be surprised if she's bought and paid for by one of their obscure supporting entities.  But regardless of whether that's the case or not, she is putting forth a narrative that cunningly attempts to make privileged whites comfortable with their privilege, satisfied with the situation as it is, and unsympathetic to cries for change.
Shame on you, Candace Owens.
Posted by Jack Azout at 6:23 PM