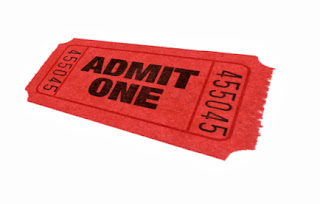 In baseball, as in most sports, if you can’t remember anything about the umpiring crew, it generally means that they called a good game.   The same goes for most aspects of moviemaking.  When the work is done well, it magically disappears.  Well conceived costumes become clothing.  Well designed sets become places.  Effective props become things.  Most importantly, characters become people, and the screenplay dissolves into what those people do and say naturally, being true to themselves as they deal with the situations life brings them.  Achieving that magic, as difficult as it is, only results in the potential for a great movie, since the situations and interactions still need to be engaging, and we must understand and care about the people.


“Enough Said” succeeds in each of those aspects.


The fact that you are watching actors play roles from a screenplay falls away completely.  Instead, you are watching interesting people that you care about deal with fascinating situations.  Real life is unfolding before you.  There are laugh-at-loud moments, tear-jerking moments and awkward moments.  And they all ring true.


Julia Louis-Dreyfus, whose comedic talent belies her significant dramatic depth,  plays Eva, a middle aged, divorced massage therapist with a daughter (Ellen, played touchingly by Tracey Fairaway) about to leave home for college.  Her married friends, Sarah and Will (Toni Collette and Ben Falcone, respectively) take her to a party where she meets both a potential client (Marianne, played by Catherine Keener) and Albert (James Gandolfini, in one of his final screen performances), who later asks around for her phone number.  For those of us who knew Mr. Gandolfini primarily as Tony Soprano, his endearing performance here showcases his versatility as an actor and exacerbates our sense of loss at his untimely passing.  The dedication that appears in the end credits is emblematic of the movie itself.  It is neither pretentious nor grandiose; just simple and heartfelt: “For Jim”.


Eva and Albert, who has a college bound daughter of his own, hit it off on a first date that quickly evolves into a comfortable, playful relationship.  There is a quite predictable plot twist that challenges the relationship, but instead of milking it endlessly for cheap laughs the film simply allows the situation to play out in a manner true to the characters, giving us even more insight into their fears and insecurities.  There is a scene in which Eva is “caught” in a bit of a deception, and Ms. Louis-Dreyfus artfully resists the temptation to  ham it up, sitcom style, and instead reels us in with sympathy, not only because of the pain she is feeling at that moment, but also because we understand exactly why she had no choice but to place herself there.   We identify with and care about Eva, and the same goes for Albert and his reaction to the situation.


In addition to the relationship between Eva and Albert, there are several interesting, evocative subplots involving Eva and Albert’s relationships with their daughters and their exes, Eva’s uncertain treatment of Ellen’s needy friend Chloe (Tavi Gevinson), Sarah and Will’s layered relationship with each other and with their maid and Eva’s daily travails at work.

In case we had forgotten, “Enough Said” emphatically reiterates that a movie can be hilarious without stooping to the laziness of gratuitous vulgarity, and can deal with sexual topics with restraint, maturity and intelligence.   The film is as satisfying as we genuinely hope Eva and Albert’s relationship will turn out to be.