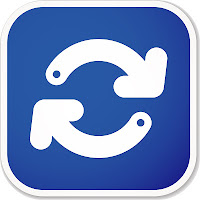 A powerless black man is selected by a powerful white man to play a historic role for the ultimate benefit of both men.  The role is difficult and fraught with challenges.  In playing his new role, the black man is chastised, ridiculed and attacked.  For bringing the black man into his new role, the white man is chastised, ridiculed and attacked.  The black man ultimately finds redemption, and although many years later vestiges of prejudice clearly remain, for the most part the world has moved on from the absurd notions that actually made the role he was placed into anything but normal and commonplace.

The black man is Jackie Robinson.  The white man is Branch Rickey.

Or, the black man is Django (the “D” is silent).  The white man is Dr. King Schultz.

Many people, including New York Times film critic A.O. Scott, determined that the 2012 movies “Django Unchained” and “Lincoln” told the same story, each in a vastly different, yet equally valid, style.   And while it is true that in their movies Quentin Tarantino and Steven Spielberg presented different “solutions” to the problem of slavery, an even more interesting comparison may be made between “Django” and “42”.  For while in “Lincoln” the former slaves simply stand by while their fate is decided by others, in both “Django Unchained” and “42” a black man is specifically selected to take an active role in the solution of the issue at hand: slavery in the case of “Django”, and the color barrier in baseball in “42”.

At first sight, the methods used by each man are as different as they can be: Django literally blows up the plantation while Jackie Robinson contains his emotions in the face of unabashed bigotry.  Yet there is more similarity in their approaches than meets the eye.  Both are simply acting within the roles they were given.  Richey explains to Robinson that the only way they will be successful in paving the way for future men of color in the major leagues is by showing almost heroic restraint, which Robinson does.  And in Django, Schultz gives the former slave various roles to play, each of them requiring brutal violence on Django’s part.  Against his nature, Django relents, dispensing pain reluctantly at first, but with gusto in the end.

So Jackie Robinson is Dr. Martin Luther King, Jr., to Django’s Malcolm X.  Robinson maintaining his dignity in the face of unspeakable insult is about as satisfying to watch as Django taking revenge on the lords of Candyland.   And it continues to be as puzzling as ever that the species that delights upon Robinson and Django’s triumphs is the same as the one that constructed the worlds which made their acts necessary to begin with!