And [it’s one thing] … to say to people that you are to lift yourself by your own bootstraps, but it is [a cruel jest] to say to a bootless man that he ought to lift himself by his own bootstraps. And the fact is that millions of Negros, as a result of centuries of denial and neglect, have been left bootless.

The USA Today crossword puzzle is a treasured part of my daily routine. Primarily edited by the brilliant Erik Agard, it unfailingly provides a smooth, amusing solving experience, and, more often than not, I learn a few things along the way. Agard himself was the constructor of last Monday’s puzzle, as well as its editor, but that was not unusual per se. What was unusual was the grid itself. It was almost totally divided diagonally into halves: 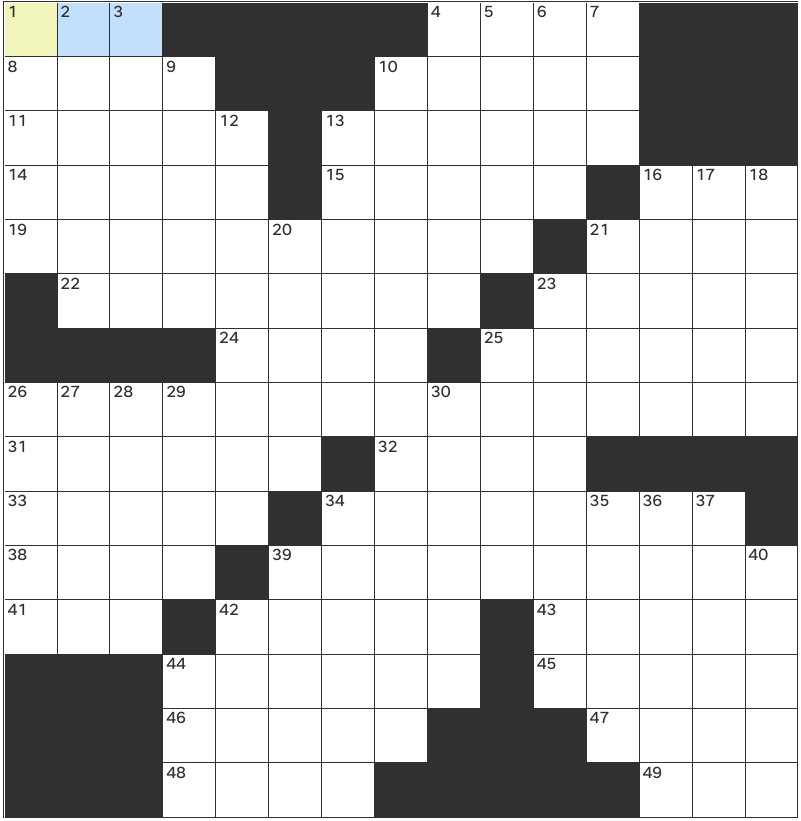 Even more unusual (in fact, unprecedented, at least in my experience): the chasm between the solving difficulties of the halves. I had no problem with the northwest half of the puzzle, but as soon as I hit the southeast half, my solving suddenly came to a screeching halt. I was flummoxed.

Merely attempting to solve the SE felt frustrating in the extreme. That part of the puzzle seemed beyond me, as if I was ill-equipped even to have a shot at it. It felt infuriating to be stumped by clue after clue, to not gain any toeholds anywhere, to simply spin my wheels in gut-wrenching futility.

As it turns out, that was exactly what Agard intended.

Published on Monday, January 16th, Martin Luther King day, Agard’s puzzle captured the essence of “The Other America,” but not by merely describing it. Instead, in a clever piece of symbolism, Agard gave the puzzle’s solvers just a taste of the impotence that many Black Americans feel when attempting to solve problems that, through no fault of their own, and not for lack of effort, intelligence or character, they simply cannot solve. The crossword’s halves represent Dr. King’s “two Americas:” the NW “overflowing with the miracle of prosperity and the honey of opportunity,” and the SE “an arena of blasted hopes and shattered dreams.”

The southeast half of Agard’s puzzle is virtually unsolvable by design.

Failing to solve any part of a crossword puzzle is usually frustrating, but failing to solve the southeast half of Erik Agard’s January 16, 2023 USA Today puzzle was enlightening. For, by doing so, I momentarily became Dr. King’s “bootless man,” fruitlessly attempting to lift myself by my nonexistent bootstraps. Agard brought “The Other America” to life, and thus singularly honored Dr. King’s legacy.

The cruel jest was on us. Well done, Mr. Agard.

It was only after reading Sally Hoelscher’s comment on “Diary of a Crossword Fiend,” and her commentary that I fully understood the meaning of Agard’s gem and was moved to write this essay. Thank you Sally! 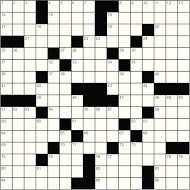 I can’t say that participating in the Boswords 2022 Summer Tournament was a humbling experience, because I came into it already sufficiently humbled. However, the Tournament did bring the blurred edges of my crossword puzzle-solving humility into razor-sharp focus.

Having heard about the contest from the inimitable Rex Parker, I forked over my $30 entry fee (an incredible value, by the way) and signed up as an online contestant. I assumed that, although my opponents would possess varied skill levels, they would generally coalesce around my own solving prowess neighborhood (I’ve been solving for approximately three years, with 2,200+ puzzles under my belt).

When I finished the first Tournament puzzle, which had a 20-minute time limit, in 11:16, I was quite pleased with myself. I finished the second, another 20-minute puzzle, in 12:49, so I figured I was on a roll. But then I took a look at the standings.

My goodness, the names. It turns out that the Boswords tournaments attract some of the most brilliant luminaries in the crossword world as contestants. People like Will Nediger, Rebecca Goldstein, Hoang-Kim Vu, Jeff Davidson and Max Kurzman, just to name a handful. Hilariously, the morning of the Tournament, I had completed the Washington Post Sunday crossword, constructed by the amazing Evan Birnholz… and Birnholz himself was a contestant in the Tournament!

The standings, at that point, served to emphatically buttress my solving humility. I mentioned I was pleased with my 11:16 solving time for Puzzle #1? Well, Will Nediger solved the identical puzzle in... 1:54. (I’m pretty sure that even if I were given all the answers to the puzzle beforehand, I wouldn’t be able to simply type them into the grid in 1:54!) Hoang-Kim Vu solved Puzzle #1 in 3:14, Rebecca Goldstein did it in 3:16, and our friend from that morning’s Washington Post, Evan Birnholz, solved it in 3:18. Literally dozens of other solvers in the Tournament solved Puzzle #1 in less than five minutes.

Humility appropriately buttressed, I gamely continued solving. Puzzle #3 proved too much for the man. I was unable to finish it in the 35 minutes allotted. Of course, the dastardly Nediger solved it in 3:04. Yes, 3:04, for a 117-word puzzle that, given a couple of hours, I only may have been able to solve.

For the online solver championship, Nediger faced off against the aforementioned Davidson and Kurzman in a three-way, live, on- air solve of a wicked puzzle dreamed up by the brilliant Paolo Pasco. Pasco had come up with two sets of clues for his Championship grid; one labeled “mild,” the other “sizzling.” Using the “mild” set of clues, I was unable to finish Pasco’s puzzle in the allotted time (I believe it was 20 minutes). The three finalists, of course, were required to use the much more difficult “sizzling” clues for their on-air solve. They all solved the puzzle cleanly, all well under 5 minutes. Will Nediger won the Championship match, and the online tournament. (For the record, I ended up with a rank of 262 out of 314 in the overall standings. I write that sentence with a strange combination of pride and humility. )

When I signed up for the Boswords 2022 Summer Tournament, I expected a certain experience. What I ended up with was completely different. I had the unexpected privilege of solving the same puzzles at the same time as a multitude of people whom I deeply admire. I was reminded that there are individuals in the world whose intellect surpasses mine to such an extent that it seems impossible that we are of the same species. And I got to spend an afternoon deeply immersed in the world of crossword puzzles, which, as the past three years have shown me, is a magical place, chock-full of intelligent, genuine, welcoming, generous, and inclusive people. It’s a place with nothing less than the best that humanity has to offer.

I look forward to the next one, hopefully in person!

Since I rebooted Azout Askance in March of 2020, I’ve penned nineteen essays and produced fifty-one videos. A total of seventy posts in roughly 60 weeks, slightly more than one per week. Beginning on August 2nd, 2020, I settled into a weekly-on-Sunday cadence of videos. Last Sunday’s “The Default Human Condition,” was the forty-second consecutive weekly video.

As any baseball fan or (Douglas Adams fan, for that matter) knows, forty-two is quite a special number. So, now seems as good a time as any to take an indefinite break to recharge, refresh, and evaluate new ideas.

As always, I deeply appreciate that you’ve taken the time to read and/or view my material, and look forward to connecting with you again in this space soon.

The Book of Joseph